Although most Americans have bank accounts, many are unwilling to shake up their banking situation in any way. Even when offered free money to switch banks, most Americans won’t consider moving financial institutions. To help understand why this is, GOBankingRates conducted a survey of 1,000 people. The goal was to understand whether or not Americans are taking advantage of free money made available by banks.

Most Americans simply aren’t looking for offers from a new bank. Instead, they are looking for convenience and the seal of approval by family and friends.

Over 65% of respondents claimed they would not choose to switch banks for any bonus offer or promotion. So while free money from a bank might sound enticing, a majority would need a much stronger incentive before jumping to a different financial institution.

Participants were asked whether or not they have researched lower fees, higher or lower interest rates, or different types of bank account or credit offerings in the past two years. Over 75% of Americans claimed they have not researched or compared banks at that time. That includes high-yield savings accounts that would allow consumers to earn more interest on their savings. Nearly 11% of respondents said they have compared other banks to theirs to find lower fees.

Additionally, more than 65% of survey respondents have never looked at other banks’ account promotions. This indicates a stationary attitude towards banks, as most who go through the trouble of opening a bank account choose to never leave.

But this shouldn’t come as a surprise. Patrick Sells, chief innovation officer at Quontic Bank, explains, “Banks make it hard on consumers to switch. You have automatic payments set up, your paycheck auto-deposit, your debit card number saved with so many accounts, etc. Realistically, it would take a couple of hours for someone to go through and update all of this, but the emotional and mental cost of doing so outweighs the potential gain to the consumers.”

With all of the hurdles banks put in the way, it makes sense that most consumers are happy to stay with their current bank.

Although Americans seem to be loyal to their bank, they apparently don’t pay much attention to what it has to offer. When asked how often they look at promotions and sign-up bonuses offered by their current bank, over half of the participants — 57% — said they didn’t know or hadn’t looked.

More Than 30% of Americans Don’t Even Have Bank Accounts

Yes, as shocking as it may seem, many Americans don’t have bank accounts at all. Despite the fact that anyone can open a bank account online with minimal hassle, many are choosing to forgo a bank account altogether.

Eric Pucciarelli, vice president at oXYGen Financial, sees a few reasons why many Americans don’t have a bank account. “Usually if someone does not have a bank account it is because they either: A, live check-to-check; B, do not trust the system; or C, are trying to “hide” money.”

Over half of young Americans between the age of 13 to 17 do not have a bank account. From ages 18 to 54, around 30% of the population continues to avoid bank accounts. At 55, the percentage of Americans without a bank account drops dramatically to 21% and dips even further to nearly 19% for those over the age of 65.

The numbers surrounding bank accounts seem to follow the trajectory of life. Most people start working in their late teens and likely need a bank account to deposit their earnings. Similarly, as people near their golden years, they may feel the need to get their ducks in a row by amassing their cash assets into a bank account.

Most People Choose a Bank Based on Convenience, Not Interest Rates

When it comes to choosing a bank, Americans tend to value convenience over everything else. With 38% of Americans choosing a bank based on convenience, it is clear that interest rates seem to hold very little sway. In fact, only about 6% of Americans chose a bank based on the interest rate for its bank account offerings. This means close to 94% are potentially missing out on free money based on their choice of bank.

When It Comes to Switching Banks, Americans Aren’t Easily Swayed

Bank bonuses do very little to change the minds of customers. A whopping 66% of Americans said they would not switch banks based on any bonus or promotion. Apparently, it doesn’t matter if a bank offers the highest interest rates or the best checking account promotion on the market. No matter what bank sign-up bonus is offered, consumers are not taking the bait to switch.

However, when asked if they would switch for a sign-up bonus of $300, 19% of men said they would. They were more likely than women to make the switch at 13%.

Check Out: How to Switch Banks

How to Get the Most Out of Your Bank

A bank should help you to accomplish your financial goals beyond the initial sign-up promotion. Although it can take some time to switch over your accounts to a new bank, you may be missing out on the best rates while continuing to pay unnecessary fees. The best banks on the market will vary based on what you value, but there is a great bank out there for everyone.

If you are looking to switch things up, then consider online banks or credit unions. Online banks tend to offer better rates and lower fees due to their lack of brick-and-mortar locations. Credit unions are nonprofit organizations that also offer better rates and lower fees than commercial banks. However, when it comes to credit unions, consumers will need to factor in the lack of convenience as credit unions operate on a much smaller scale than commercial banks, and therefore they have fewer physical locations and often substandard technology. If you value an in-person experience, a large bank with hundreds of locations is probably the better option.

Also See: What Is a Savings Bond and How Does It Work?

Methodology: GOBankingRates surveyed 1,000 Americans from across the country between Sept. 20-23, 2019, asking six different questions: (1) Do you have money in any of the following types of bank accounts? Select all that apply; (2) Did any of the following factors play a role in your decision to choose your current banking institution? Select all that apply; (3) Could you be swayed to switch banks if another institution offered a sign-up bonus or promotion for its accounts?; (4) In the past two years, have you researched and compared banks based on any of the following? Select all that apply; (5) How often do you look at other banks’ account promotions and sign-up bonuses?; and (6) Does your current banking institution offer sign-up bonuses and/or promotions regularly? GOBankingRates used Survata’s survey platform to conduct the poll. 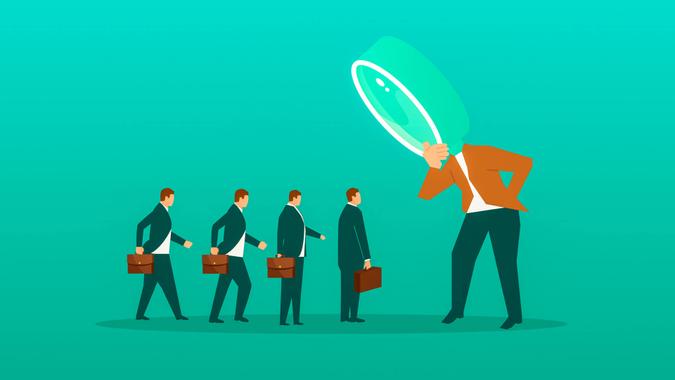 What Is ChexSystems and What Does It Mean If You Are Blacklisted?

Learn why banks use ChexSystems to screen applicants.

> Banking > Banks > Survey: Many Americans Are Missing Out on Free Money From Banks