Chase and Bank of America represent two of the largest banking operations in the world, and they rank second and third, respectively, for the most branch locations in America behind Wells Fargo. So, for those people who prefer the convenience of having a lot of locations and ATMs — even when they’re out of town — deciding between these two options can be a tough one. You want a bank that’s best suited to your needs, but the differences between having an account with Chase and Bank of America aren’t always completely clear. So, to help you understand why one or the other might be right for you, here’s a closer look at what each bank has to offer.

The current banking behemoth JPMorgan Chase came into existence in 2000 with one of the biggest mergers in the history of finance, but both of the banks had a long, storied history prior to that moment. Chase was initially founded in 1799 as the Bank of the Manhattan Company, while JPMorgan got its start as Drexel, Morgan & Co. in 1871. Today, the banking conglomerate employs a quarter of a million people and has over $2.5 trillion in assets.

With nearly 5,000 branches in the United States, Chase’s footprint is a large one and you can expect to find them in almost any market. And that’s even before you consider the 16,000 ATMs the bank has scattered across the landscape. All of this is to say that when it comes to maintaining an easily accessible banking infrastructure, few banks can compete with JPMorgan Chase.

That said, Chase’s basic accounts leave something to be desired. In particular, the interest rates on their savings accounts are pitifully low at a mere 0.01% APY. So in effect, the primary benefit to a Chase savings account versus hiding it under your mattress is just the FDIC insurance. Other than that, don’t expect a lot of real growth in your savings if they’re stashed in one of Chase’s basic savings accounts.

Still, given the ubiquity of the branches, plenty of people might be willing to forego a competitive interest rate on their savings account for the relative convenience Chase can provide them, particularly if they already have a checking account or credit card there.

Learn: Chase Interest Rates: How To Get the Bank’s Best Rates

Bank of America can also trace its roots back to the earliest days of the republic, though it got its start a bit farther north. The earliest roots of the company that would become Bank of America got their start as the Nantucket Pacific Bank in 1804. “Nantucket” would be in reference to the island of Nantucket and its thriving whaling industry — the industry the bank was built to service.

Today, Bank of America offers a similar slate of products to commercial banking customers. Like Chase, it has a bevy of physical locations you can put to use, including roughly 4,300 locations and over 16,500 ATMs — so it’s unlikely you’ll struggle to find a Bank of America ATM when you’re out and about but still uninterested in paying ATM fees.

However, much like Chase, the basics of their accounts leave a lot to be desired. While the North Carolina-based institution can triple what Chase is offering with 0.03% APY interest on its basic savings account, that is once again very, very low. If you are looking for a chance to use a savings account to make your money grow, neither Bank of America nor Chase provide an avenue for that — making you rely on less-flexible CDs to get more competitive rates.

See: Bank of America Interest Rates: How To Get the Bank’s Best Rates

Of course, for many consumers, picking a bank is more about comparing the numbers than anything else. So, here’s a closer look at the different options for accounts offered at each and how they compare.

For savings and checking accounts for both Bank of America and Chase, there are a number of ways to waive the monthly maintenance fees associated with the accounts, most of which involve some combination of maintaining a large enough balance, regular direct deposits or having other types of accounts with the same bank.

Neither Bank of America nor Chase offer especially competitive rates on their savings accounts, but it’s important to still compare your options to see what to expect.

The most notable fee for all Bank of America and Chase savings and checking accounts is the monthly maintenance fee. However, in each case, you can get those fees waived by meeting certain standards, so be sure to carefully consider these for each option before making a commitment. Depending on how you handle your finances, you might satisfy the criteria just by conducting your everyday banking with them. Just be aware that there are a number of conditions to meet, each of which is different for every account.

As for the dreaded overdraft fees, Chase charges a $34 insufficient funds fee per item with a maximum of three per day for a total charge of $102. However, these are only charged in those instances when Chase covers your purchase based on your account’s history — a decision over which they have total discretion. If your charge is declined, you aren’t charged the fee.

Bank of America, meanwhile, offers an overdraft protection service that will automatically transfer the necessary funds to cover a purchase from another account should you be short; however, this isn’t available for every account, and in some cases each transfer includes a $12 fee. For transactions that aren’t completed due to insufficient funds, there is no fee.

Check Out: How To Avoid Overdraft Fees

Which Is Right for You?

If you’re trying to decide between which of these mega-banks to go with, you might just be well-served by selecting the one with the most convenient locations to your home and/or work. The differences in the services and rates aren’t enormous, so opting for one option over the other isn’t likely to be a terrible decision either way you go. Bank of America clearly gets the prize for its savings account rates but requires a $100 minimum opening deposit. Chase, meanwhile, has better CD rates for certain qualifying customers, but not by a lot.

Rates are updated periodically and subject to change. All other information on accounts is accurate as of March 3, 2020. 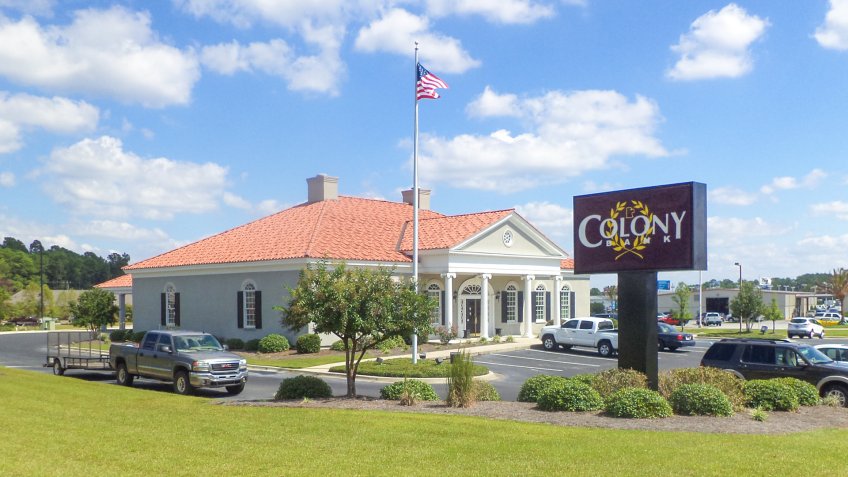 Colony Bank Review 2020: Is It the Right Bank for You?

Find out if Colony Bank is the right banking choice.

GOBankingRates > Banking > Banks > Chase vs. Bank of America Comparison: Which Bank Is Better for You?