One-Third of Couples Bank Separately, Survey Shows: What Do Experts Think About This Practice? 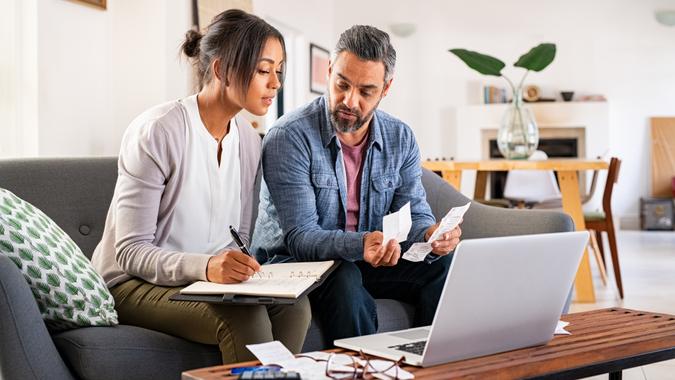 See: Check Out GOBankingRates’ Best National Banks of 2022
Read More: 40% of Women Have Less Than $100 in Their Savings Accounts, New Survey Finds

But what do experts think about the practice? It depends on who you ask, and ways to handle finances vary from couple to couple, but the overarching theme is that you better have “the conversation” early on with your significant other and establish some ground rules.

How To Handle Banking Separately

Kate Hoots, banking analyst, MerchantMaverick.com, told GOBankingRates that as long as you agree on some common-sense practices, this doesn’t have to cause friction or complications. And while in the past it’s been convenient to operate separate accounts at the same bank to make it easier to transfer money back and forth or to transfer money to a joint account for various expenses, Hoots said that with the rise of cash-sharing apps such as Zelle and Venmo, it’s even easier to split expenses so that each partner pays a fair share or gets reimbursed promptly.

Helpful: 50 Easy Things You Should Do To Save Money

“No matter how you approach it, be sure you take the time to agree on what ‘fair share’ means in your relationship,” Hoots said, adding that it includes laying out expectations in clear terms to avoid resentment or confusion.

“It doesn’t have to be 50/50 for every couple, in every scenario. It could mean splitting the mortgage payment equally while the partner who earns 30% more directs a larger amount each month into the home remodeling fund, the vacation account, or wherever your priorities as a couple lie. Think about how you might revisit or update your joint expectations in the event one of you receives a promotion with a big raise – or if you lose your job either voluntarily or due to circumstances beyond your control,” she said.

Another aspect worth discussing is whether you’re going to have open books or privacy in your separate banking approaches.

“As long as each partner makes the agreed-upon contributions to joint expenses, does the other partner have any say in how the person spends the rest of the money in the account?” she said.

More Tips: 37 Life Hacks That Will Save You Money

The Importance of Being Honest

Ted Rossman, senior industry analyst, CreditCards.com, emphasized the importance of being honest and upfront about what’s going into these accounts if you’re going to choose the “yours, mine and ours” school of financial management.

“If each partner wants to have a separate account for their own personal use – to fund hobbies, nights out with friends, gifts, individual goals, etc. – that can be healthy and a way to avoid resentment, so long as it’s disclosed and agreed upon ahead of time,” Rossman told GOBankingRates.

Rossman added that secret accounts can undermine trust and that 40% of people who are married or living with a partner are committing some sort of “financial infidelity.” Indeed, a CreditCards.com survey showed that 40% of respondents who are in serious relationships came clean about hiding a checking, savings or credit card account from their partners. In addition, 28% said they think financial faithlessness is worse than physical cheating, according to that survey.

“It’s fine if you prefer separate accounts, but make sure this arrangement works with your overall financial goals and is acknowledged and respected. You shouldn’t just squirrel money away without your partner’s knowledge,” Rossman added.

Another crucial point to consider is that however you decide how you handle your finances, make sure your partner can access your account if you’re disabled or if you die.

“That might mean giving your partner legal power of attorney or making passwords accessible in an emergency. And of course, if you’re not legally married, make sure you name your partner as the beneficiary on your account, if you want her or him to have access to the funds if you’re not around,” MerchantMaverick.com’s Hoots added.

Good To Know: 50 Terrible Ways To Try and Save Money 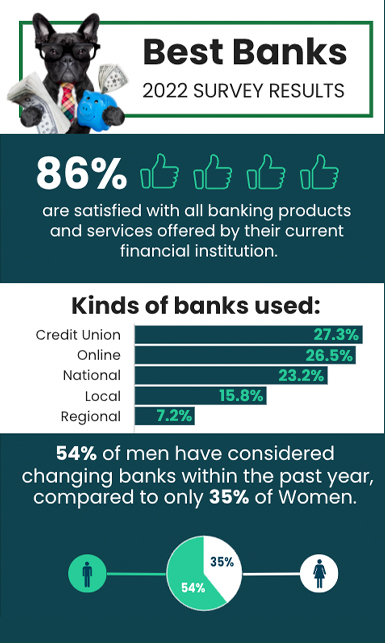 The GOBankingRates survey also finds that over 8% of couples share some accounts but not all. And experts agree that there are several advantages to having separate accounts.

“A separate account permits independence and may prevent the situation where a spouse must explain why they spent money on certain items. It also may provide a sense of security to have separate money for a ‘rainy day,'” Sandra Radna, divorce lawyer and author of “You’re Getting Divorced…Now What? The Ultimate Divorce Court Guide,” told GOBankingRates.

According to her, couples who maintain separate accounts and also have joint accounts is “the best of both worlds.”

Finally, while not a fun aspect to think about when you’re starting your life with someone, in the eventuality of a divorce, money matters tend to be tricky.

Indeed, in the United States, about 50% of married couples divorce, the sixth-highest divorce rate in the world, according to World Population review, and money issues are among the top three reasons for divorces (22%), according to a U.S. Census Bureau survey.

Radna explained that in the circumstance of divorce, a separate bank account can provide the resources to live in a separate residence sooner rather than later and help pay for a divorce attorney to protect your rights.

“Even though separate accounts that were established during the marriage are still marital accounts for purposes of division of marital assets, it is permissible for that money to be used for necessities of living and attorney fees. The remaining balance would be divided between the spouses in a divorce,” she added.

Methodology: GOBankingRates surveyed 1,335 Americans aged 18 and older from across the country on between December 1 and 3, 2021, asking twelve different questions: (1) What category does your current financial institution fall under?; (2) Have you considered changing Banks within the past year?; (3) If you have considered changing banks in the past year, were any of the following factors? (select all that apply):; (4) Which feature, perk, or other offering is most important to you when opening an account with a new institution?; (5) Are you currently satisfied with all your banking products and services offered by your Bank/Credit Union?; (6) Would you ever have different types of accounts across multiple banks? (i.e. Checking at Chase, but Savings at TD Bank); (7) What is your most preferred method of banking?; (8) Which of the following is the biggest factor of you staying with your current bank?; (9) Which of the following bank accounts do you currently use/have open? (Select all that apply); (10) How much is the minimum balance you keep in your Checking Account?; (11) How much do you currently have in your Savings Account?; and (12) If you are in a relationship or married do you share bank account(s) with your partner? All respondents had to pass a screener question of: Are you currently a member of a Bank (online included) or Credit Union?, with an answer of “Yes”. GOBankingRates used PureSpectrum’s survey platform to conduct the poll.