Congress, like many consumers, is fed up with high bank overdraft fees, so to follow suit with a recent House bill proposal, the Senate is now taking its turn at tackling bank overdraft fees. Senate leaders revealed their proposal Monday, October 19, 2009, and hopes it will provide relief to bank customers who have been severely penalized for overdrawing their accounts, sometimes only by a couple of dollars.

A couple of parts Senate’s proposal echo the sentiments of the House bill, including requiring that banks ask customers before enrolling them into an overdraft program. Also, like the House bill, the Senate would limit the number of overdraft charges a bank could charge in one year. However, for the latter adjustment, while the House bill proposes only allowing for three charges, the Senate bill allows for six.

Additionally, the House feels that banks should notify customers when their accounts are overdrawn while the Senate wants to study the issue further.

A few other issues that the Senate bill tackles include:

Some banks have already taken the initiative to make adjustments on their own. For instance, Bank of America is lowering its maximum overdraft charges per day from 10 to four, while JPMorgan Chase is changing the process by which it clears expenses to help avoid fees.

Whether Congress or banks regulate overdraft fees, there’s no doubt that something needs to be done. Hopefully the House and the Senate will come to a consensus that will truly benefit the customers.

How do you feel about your bank’s current overdraft charges? 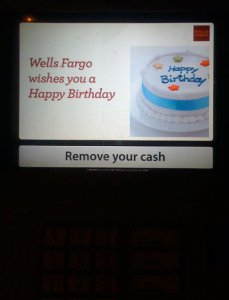