As the central bank of the United States, the Federal Reserve sets in motion financial decisions that affect the national and global economy and shape almost every aspect of your financial life.

Since 1913, the Federal Reserve, also known as the Fed, has operated as an independent entity governing the nation’s monetary and financial system. A flurry of financial panics led to its creation, and its purpose still stands today — to infuse order into the financial system by supervising and regulating financial institutions, maintaining stability, and minimizing risk to the economy.

The Federal Reserve today is most-known for declaring the federal funds rate, which creates a ripple effect across the broader U.S. economy. For instance, in 2008, the Fed slashed the interest rate to its lowest point in history to stem the damage during the financial crisis. By the end of 2018, the Fed had hiked the interest rate nine times since the economy stabilized in 2015. It’s clear that the Fed has a huge impact on the broader economy and your financial life, so let’s take a closer look at how this seminal financial institution operates, where it derives its power, and why it’s so important to our everyday lives.

Here’s a look at what you’ll find in this guide to the Federal Reserve:

What Is the Federal Reserve?

Why Is the Federal Reserve Important?

The Federal Reserve provides a stable foundation for the United States’ financial system by supervising commercial member banks and setting monetary policy. Here are some of the most noticeable ways that the Fed acts as the most powerful financial institution on the globe:

The Fed’s most critical responsibility is maintaining stable prices and preventing inflation. Inflation refers to the rate at which prices for goods and services rise. The Fed has set a 2% inflation rate, also known as a 2% annual price increase, like a healthy sign of sustainable growth that allows for interest rates to be high enough in case of an economic downturn.

When the economy is solid, the Fed lowers the federal funds rate, also known as the rate that banks charge each other for short-term loans. Most banks and credit card companies follow suit with the rate change, making credit cheaper and money easier to borrow. In turn, this encourages individuals to buy more goods and services and businesses to invest in additional equipment and more workers. Because that creates a higher demand for workers and materials, wages and costs increase as a result. To keep inflation at bay, the Fed deploys a contractionary monetary policy and spikes interest rates if the inflation rate creeps beyond 2%. When people notice that lending has become more expensive, they are much less likely to borrow and spend, and as a result, the inflation rate will drop.

When the economy is in the midst of a recession, the Fed has some broader, nontraditional power to set monetary policy to curtail the economic damage. For instance, in 2008, after slashing the interest rate to near zero, the Fed had to resort to some additional, unconventional methods to stabilize the United States economy. It ended up purchasing longer-term mortgage-backed Treasury bonds and notes as part of its overall effort to keep the level of longer-term interest rates low and thereby improve the economy.

During the financial crisis in 2008, the Fed provided an additional stimulus to the economy when it offered lines of credit to financial and lending institutions, which infused much-needed cash into the economy.

Related: Cities in Every State That Haven’t Bounced Back From the 2008 Recession

The Federal Reserve must set monetary policy, which can promote maximum sustainable employment in the United States. For instance, when the rate of employment is not as optimal as the Fed would like, the FOMC can keep interest rates low to promote higher employment and curb inflation. When interest rates are low, business improvements and expansions cost less, which can encourage businesses to pick up hiring.

Who Owns the Federal Reserve?

Although some people might think that the government owns the Federal Reserve, it’s actually an independent agency that serves as the nation’s central bank. Therefore, no one “owns” the Federal Reserve in the traditional sense of the word. However, the Board of Governors, the policy-making arm of the Fed, is considered an agency of the federal government and is accountable to Congress.

The Fed is intentionally independent of the U.S. government so that board members can create financial policies free of political pressures and constraints. Board members serve 14-year terms, and the president appoints a new member every two years that must be confirmed by the Senate. Beyond those appointments from the executive branch, the Fed remains in control of its operations.

Each of the 12 Federal Reserve banks also remains independent from governmental influence. They each have their own board of directors and manage their own income.

How Does the Federal Reserve Operate?

The Fed has four main functions:

The Fed’s decentralized structure allows it to carry out each of its functions. For instance, the Board of Governors sets monetary policy, which entails setting the discount rate and reserve requirement for member banks. The discount rate is the interest rate the Fed charges banks to borrow its funds, while the reserve requirement is the amount banks are required to keep on hand at all times.

The Federal Reserve Banks located in each of the 12 United States districts work to carry out the Fed’s objectives in each region. They also supervise commercial banks and implement policy.

The Fed also provides financial services, which entails buying U.S. Treasurys from the federal government. When the Fed was created, it ushered in a new age of a uniform U.S. currency — the dollar. The Fed now works to ensure there is a stable money supply. It also acts as the government’s official banker and maintains the Treasury Department’s checking account.

How Does the Federal Reserve Affect Your Finances Directly?

The average consumer might wonder how the Federal Reserve’s decisions affect finances directly. The truth is, the Fed’s decisions have wide-ranging effects on everything from the interest rates you pay on your loans and credit cards, your stock market investments, and the rates banks pay on savings accounts.

On the stock market side, sometimes investors who fear that the Fed is going to hike rates too high, sell off their stocks in a hurry.

In contrast, if the Federal Reserve lowers interest rates, you’ll enjoy a nice period of lower interest on credit cards and loans. Because it’s cheaper to borrow, many people take out more loans and apply for credit cards during this time. You won’t stand to earn as much interest from your savings accounts, though.

How Does the Federal Reserve Raise or Lower Interest Rates?

The Federal Reserve adjusts interest rates based on how the economy is faring. When economic growth is slow, the Fed adjusts its policy accordingly and lowers the target interest rate, which in turn spurs Americans to borrow credit at a cheaper rate. When the economy grows too rapidly, the Fed hikes interest rates to prevent inflation. Americans will typically cool their spending and borrowing when rates are higher, which calms an overheated economy.

Find out: How the Next Fed Rake Hike Will Impact You

How the Federal Reserve Can Help You

Understanding how the Federal Reserve works can help you grasp the effects of its decisions on you and your household. When the Fed decides to change interest rates — as it did when it slashed the federal funds rate three times in 2019  — you can capitalize on that knowledge by seeking out loans and credit card offers at lower interest rates. Or, when the Fed hikes interest rates, you can take advantage of finding a savings account that offers a healthy interest rate on your savings. Having a solid understanding of the Federal Reserve will also give you an appreciation for how the Fed stabilizes the United States financial system and keeps the economy from falling into a financial crisis. 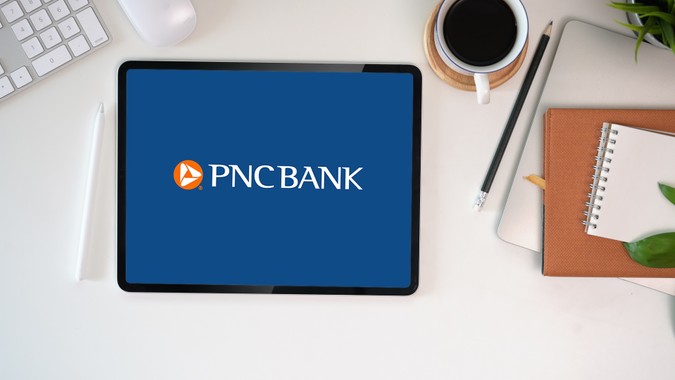 How To Find and Use Your PNC Bank Login

You can do your banking from the palm of your hand.