Over the last few years, as outrage over bailouts and banker behavior has boiled over, there’s been a big movement among customers of big banks. They’ve been transferring their money out of large national banks — like Citi, Bank of America and others — and into local community banks and credit unions. It’s a movement driven by emotion, rather than logic, as I’d argue that larger banks do have some financial benefits going for them.

On the whole, I think banking with community banks or local credit unions is a good choice because the more money you keep locally, the more your community can thrive. Community banks tend to lend within the community, stimulating the local economy, which might have a greater impact on your financial well-being than a few basis points improvement on your interest rate.

That said, the “big guys” do offer some benefits worth noting.

3 Reasons Why You Should Go With a Big Bank

You Need Access to ATM Locations Wherever You Go

The “big guys” have tens of thousands of ATM locations spread out all across the United States. The benefit of being so close to an ATM or banking center is that you can access your funds, or do other bank business, more easily.

Community banks, and internet banks, have started to mitigate this difference by offering to refund ATM fees, thus making any ATM a fee-free ATM. While this reduces the ATM advantage, sometimes these fee reimbursements have limitations or can be delayed. Then again, more credit unions are now aligning themselves with CO-OP networks for shared ATM and branch access.

You Are Reliant on Top-of-the-Line Banking Technology

When it comes to online banking, your local credit union or community bank usually has trouble keeping up with the offerings of online banks and national banks. It’s simply a matter of scale — your community bank won’t serve nearly as many customers as online or national banks, so it’s unable to devote as many resources to building a sophisticated online or mobile banking experience.

I haven’t had a credit union account in several years, but when I did, the online banking services were little more than what was available through an ATM. The credit union wasn’t very big; it had just three locations and the online banking let you view your balance and transfer between your accounts. It looked as though it were designed in 1999 and performed sluggishly. While it probably received an update within the last few years, it probably doesn’t offer the same services as a Bank of America account, let alone an ING Direct or Ally account. With those, I can transfer to accounts outside of the bank, I can initiate a wire transfer, I can even open new accounts and do about a dozen other things that save me a trip to the branch.

Interest Rates Are a Big Concern

Here’s where picking the right “big guy” matters. Online banks are run by the big boys and these low-overhead banks might offer much higher interest rates than even your local credit union. It’s a matter of scale and overhead — online banks don’t need to operate branches, which are often expensive, and cut expenses in other ways (all electronic, fewer staff) so they can offer you a more competitive rate.

Not all big banks are equal. You can get great rates from Capital One’s ING Direct and Ally Bank, but Bank of America’s savings accounts are abysmal. You have to be selective to get the best rates. But perhaps the breadth of product offerings at a big bank are worth the reduced interest rate, too, and might satisfy a need your local credit union can’t meet. 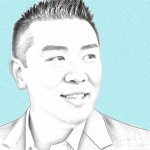 Jim Wang has been writing about money for over ten years and runs the personal finance blog WalletHacks, where he shares his strategies and tactics for getting ahead financially and in life. He graduated from Carnegie Mellon University with a B.S. in Computer Science and Economics as well as an M.S. in Information Technology – Software Engineering. He continued his education with an MBA from Johns Hopkins Carey Business School. 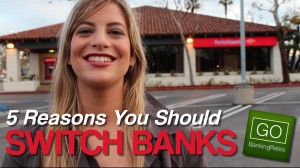 Video: 5 Reasons You Need to Switch Banks This Year