Utah’s economy has a positive outlook for banking in 2015, which can benefit consumers, according to Utah Business magazine, which cited the state’s low 3.5 percent unemployment, technological innovation and business-forward policies as reasons why Utah is recovering faster than the rest of the country. New jobs and economic growth mean Utah residents need to find the best place to keep — and grow — their money, whether they are 16 or 65.

GOBankingRates examined the top 100 banks to discover which banks offer convenience, affordability, technological innovation, and of course, a range of services. Zions Bank, headquartered in Salt Lake City, stood out compared to other major banks due to its lack of maintenance fees and its savings account that earns the highest yield of any bank as ranked on GOBankingRates’ “Best Banks” list for 2015.

Although Zions Bank has fewer than 150 branches, it does have a BauerFinancial Star Rating of 5. In addition, Zions Bank saves its customers money by eliminating service fees for basic and internet-based checking accounts. The following are more reasons why Zions Bank ranked as the No. 6 best bank in 2015.

Zions Bank, a subsidiary of Zions Bancorporation, became Utah’s first chartered savings bank and trust in 1873, according to the bank’s website. Today, Zions Bank operates 12 branches in Salt Lake City and a total of 145 branches and 580 ATMs in 10 Western states, including approximately 200 ATMs in Utah and Idaho.

Zions Bank’s two high-yield savings accounts, which both earn a 0.45% APY, are its Internet Money Market and Internet Savings Account. The bank also offers a range of checking options and features through its seven accounts, including:

The bank also offers car and home loans, credit cards with rewards, and investment services. Zions Bank mortgages include a variety of terms and lending options, such as Utah housing programs with down payment assistance. The bank also offers small business products and wealth management services, including agriculture loans, employee retirement accounts and foreign currency services. Insurance, however, is not one of the bank’s products.

The bank’s online Homeownership Cafe serves to help educate homebuyers about pitfalls to avoid and offers information for unique housing situations. Additional financial education resources from the bank include online money management webinars and Speaking on Business, an online radio program that highlights small business in Utah and Idaho on a regular basis.

Institution selection: In order to determine its “Best Banks” rankings, GOBankingRates examined the top 100 banks by asset size according to the FDIC, excluding non-active institutions, those with less than $1 billion in assets, investment banks and any institutions that require customers to use investment services to access commercial bank accounts.

Criteria for rankings: Banks were scored from most to least favorable in the following categories: (1) BauerFinancial Star Ratings for overall financial strength, and the rankings previously assigned through GOBankingRates’ survey of (2) checking accounts, (3) savings accounts, and (4) one-year certificates of deposit. Each criterion was individually scored from most to least favorable in comparison to the category average (weighted equally). Banks were then scored according to whether they offered each of the following services, all of which contributed to a single weighting: (5) auto loans, (6) mortgage loans, (7) credit cards, (8) investment services and (9) insurance services. The final criteria was the (10) number of bank branches, as reported by the FDIC. Banks were then ranked according to overall score. Data was compiled via the GOBankingRates interest rate database and verified against the individual institutions’ websites. 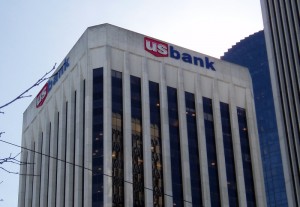