Many couples claim to live by the axiom of “what’s mine is yours and what’s yours is mine,” and opening a joint bank account represents one way to put that into practice. With a joint account, both partners have access to the funds and can make deposits and withdrawals. Both are also liable for bounced checks, overdraft fees or any other charges and expenses associated with the account.

Here are some warning signs you shouldn’t get a joint bank account and why you might want to wait.

“I hate to sound old fashioned, but there are legal ramifications beyond the warm fuzziness of sharing your names on checks. If you’re not married, and this is the way you’re showing a commitment to each other, reconsider the show of affection,” said April Masini, an author and relationship expert at AskApril.com. “Jewelry is a nice gesture that isn’t going to require two signatures to close the account. So are shared goldfish. Or a fern.”

While Masini’s tone is joking, her advice is anything but. Married couples can rely on the legal system to untangle their finances in the event of a divorce, but unmarried partners usually don’t have the same protections. Relying on candid conversations — and even a contract — if you elect to open a joint account without being married is the best you can do.

The decision to open a joint checking account should come only after numerous discussions of your money management techniques and the concerns and details that might come with a combined account. Then, according to Money Under 30, couples should create a simple contract that outlines which accounts and investments belong to a particular partner and which are to be divided equally.

Finally, even the most committed couple should leave some accounts separate if they aren’t married or in another type of legally recognized relationship.

2. You’re Still in a ‘Partnership’ With Your Parents

A 2013 Pew Research Center report found that, among adults between 40 and 59 years old with at least one grown child, 73 percent said they’d helped support an adult son or daughter in the prior year, with half of those parents saying they were their child’s primary means of support.

Personal finance educator Taffy Wagner said financial dependence on parental payouts is one sign you and your partner might not be ready to open and manage a joint checking account. For example, if you’re married, have taken a loan from your parents since tying the knot and made no moves to pay it back, sharing money with someone else is likely a bad idea. Taking handouts can also lead parents to become de facto money managers within the marriage.

“Your parents are handling you finances even though you are married. They are calling the shots,” Wagner said when describing the scenario. “This is interfering with your marriage, but you don’t stop them from managing your money.”

So couples need to cut the parental purse strings before deciding on a joint account, for the good of their financial future as well as their romantic relationship.

3. You Are Spending and Saving Opposites

“If one of you is a big spender and the other is a big saver, you’re going to create big drama by co-owning a checking account,” Masini said. “Financial discrepancies can be deal breakers, and they should be taken seriously. Opening a joint checking account can create deal-breaking problems in your relationship.”

Wagner said some other issues can also break the bank. If you or your partner are carrying significant debt without a clear payoff plan or have undesirable spending habits — including not paying bills on time, spending money that should be devoted to necessities on meals out or mall binges, or frequently borrowing money from friends and family — those issues should be exposed and addressed before you open a joint account.

Related: 3 Strategies to Save Money in Your Relationship

4. You or Your Partner Are Secretive or Sensitive About Finances

It’s a clear indication you aren’t ready to open a joint bank account if “whenever the topic of money comes up, you get argumentative as if someone is blaming you when they don’t even know your money situation or lack of habits,” said Wagner.

Opening an account together requires a willingness to be accountable and honest about spending habits, earnings and other financial issues, said Matthew K. Skarin, a family lawyer with Feinberg, Mindel, Brandt & Klein, LLP. And some couples in serious romantic relationships, or even marriages, aren’t quite ready to share spreadsheets.

“I think the most important factor in doing something like that is that there needs to be total and complete transparency between the parties,” he said. “But it’s often difficult to find a happy medium between transparency and being overbearing.”

Skarin and his wife decided to combine finances after about a year of marriage, but they set some “fun money” aside in individual accounts so they can spend money on gifts for one another or purchase impulse buys that they don’t have to justify when the monthly bank statement appears. “And that also gives [us] a feeling of independence,” he said. “But, for the most part, we keep everything combined.”

Learn: How You Can Finally Stop Fighting About Money in Your Relationship

5. You or Your Partner Pay Child or Spousal Support

“Just because you have a custody schedule worked out or a child support amount set, [that] doesn’t mean it’s set in stone,” Masini said. “Things change, and it might just be a good idea to ask your attorney about the implications of a joint checking account as opposed to sole and separate accounts until the kids are ‘of age’ and out of the child support game.”

Legally, Skarin said child and spousal support payments are considered the responsibility of the individual who brought them into a new partnership or marriage. But he agrees it can be a good idea to keep separate accounts for other legal reasons. For example, the individual accounts can be important if the partner responsible for the child or spousal support payments doesn’t bring in enough income to cover them and needs to prove that in court.

“But, absent that, I think if [support payments] come out of a joint account, that’s fine as long as everyone knows what to expect,” he said.

There’s no reason to rush opening a joint bank account with your partner. Make sure you’re both on the same page first, and communicate your goals and concerns clearly before signing that dotted line.

Avoiding secrets and surprises is critical for any couple with a joint checking account, said Skarin, also a certified public accountant. He and his wife use spreadsheets and smartphone apps to help manage their joint accounts, which makes it unlikely either will lose track of how much they can afford to spend. When couples are ready to blend some finances, implementing an accounting and accountability system also helps eliminate doubts about money matters overall.

“With this level of transparency, none of that is an issue,” Skarin said. “You have more of a team approach to the family finances. When my wife and I look at the spreadsheets and look at the accounts, we can say, ‘This is our project and we’re working on it together.’ And I think it’s actually helped our relationship quite a bit.” 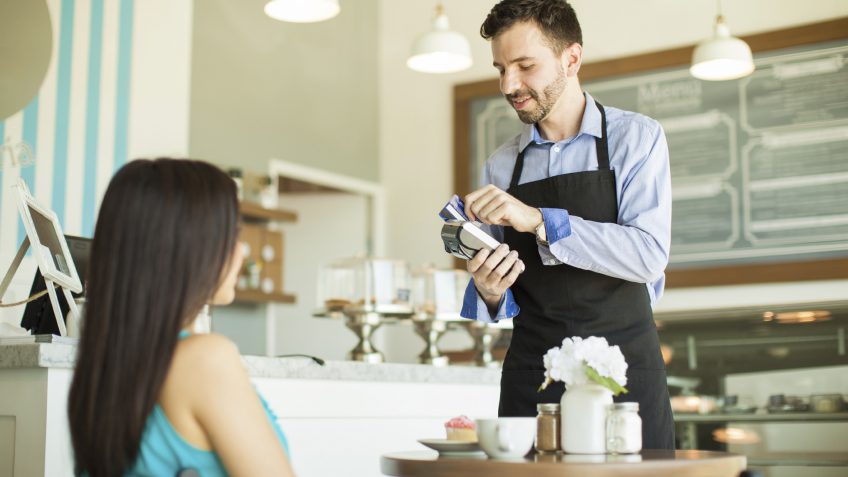 9 Most Dangerous Places to Use Your Debit Card