Since the Federal Reserve began using a variety of monetary tools to stabilize the financial system soon after the start of the historic 2007 recession, it has implemented programs to restart economic growth and keep interest rates low.

Its most historic and dramatic program was to significantly reduce the federal funds target rate to effectively zero, where it has remained for almost seven years, since December 2008. The Fed also engaged in a quantitative easing program — more commonly referred to as “QE” — in which it made a series of multibillion-dollar purchases of long-term government bonds and other securities.

The Fed ended 2014 saying it would be patient in raising interest rates from the near-zero record lows. While the Fed has said it will start raising its benchmark federal funds rate once further improvements are seen in the labor market and inflation rises back to its 2 percent goal, the decision to do so has been delayed and is now most likely to occur in December.

The Fed’s announcement on September 24 that it would not raise interest rates was controversial, and  it had a definite impact on the average American.

Uncertainty about when the Fed will raise interest rates makes investors nervous and helps contribute to market volatility. But the bright side is that average investors continue to benefit from historically low rates. This has affected everything from mortgages to bond yields and the price of imports.

Daniel White, a chartered life underwriter and founder of Daniel A. White & Associates based in Glen Mills, Pa., said that after the Fed’s September announcement, the stock market dropped precipitously based on the perception that the Fed did not have enough confidence in the global economy to risk a 0.125 percent to 0.25 percent increase in interest rates.

“I think the markets were expecting a rate increase, and this postponement led to uncertainty about the global economy and if and when the Fed will begin to normalize rates,” he said.

“The banking sector loves the low rates, as they can borrow money for next to nothing and loan it out at much higher rates,” he said. “The insurance industry despises low rates, as their products and guarantees are built upon the bond interest rates that they are invested in.”

“The average retiree is still being punished because they’ve worked their whole life to accumulate their nest egg and now there is no safe place to position it that will produce any yield,” White said. “The search for yield will lead retirees into the stock market, where most experts are predicting a downturn at a time in their lives that they can least afford it.”

While rates have been near zero percent since about 2007, they have not significantly rejuvenated the housing market. While low rates are commonly seen as a boon to  home purchases, the severe recession has tempered the desire to buy homes.

Related: Do Rising Interest Rates Make You Richer or Poorer?

Low Rates and the Importance of Controlling Taxes and Expenses

While investors have no control over the direction of interest rates, they can control portfolio expenses, including mutual fund fees and taxes.

According to Harold Evensky, chairman of Evensky & Katz and professor of practice — personal financial planning at Texas Tech University, a simple low-return environment (a historically low bond market, combined with a highly valued equity market) will have a dramatic impact on investors.

This table, developed to highlight the problem of investing in a low-return environment, shows that if an investor actively manages taxes and expenses, it will increase an investor’s net return (including the impacts of taxes, expenses and inflation) by 20 percent.

“In short, a low-return bond environment makes it more imperative for investors to focus on what they can control — taxes and expenses — as a way to boost their net returns,” Evensky said.

Low Rates and the U.S. Dollar

The U.S. dollar is another asset class impacted by low interest rates.  A weaker dollar reduces purchasing power for businesses that export and for U.S. spenders traveling abroad.

Low rates also affect the price of gold, which does not pay any interest or dividends to investors.  But when the U.S. dollar loses value, some investors find gold more appealing. In addition, a weaker dollar can boost buying of dollar-denominated assets such as gold.

Overall, gold has benefited recently from investors who think U.S. interest rates will not rise this year, as well as from mixed feelings about the upward direction of equities and other so-called risky assets.  In times of market uncertainty, gold has again resumed its traditional role as a safe asset class.

Low Rates and Their Impact on the Insurance Industry

Low rates have also impacted the insurance industry in a few ways, according to Steven Weisbart, senior vice president and chief economist at the Insurance Information Institute.

First, insurance companies make loans to businesses and governments. So when rates are low, the industry gets a lower return, which does not help to keep premiums low. As a result, fewer people can afford to buy insurance.

Also, the low interest-rate environment hurts life insurers’ earnings that are typically derived from the spread between their investment returns and the credits they receive on interest on insurance policies and products. When rates remain low for a long period, the income that life insurance companies earn from investments might fall short of their ability to meet contractual obligations to policyholders, which are fixed as part of life insurance contracts.

But as rates rise, they can be reflected in the loan rates charged to people who borrow from their insurance policies.  While borrowing from an insurance policy should not be used as a first resort, Weisbart said, this practice is considered attractive because the rate is likely to be lower than other personal loan alternatives. 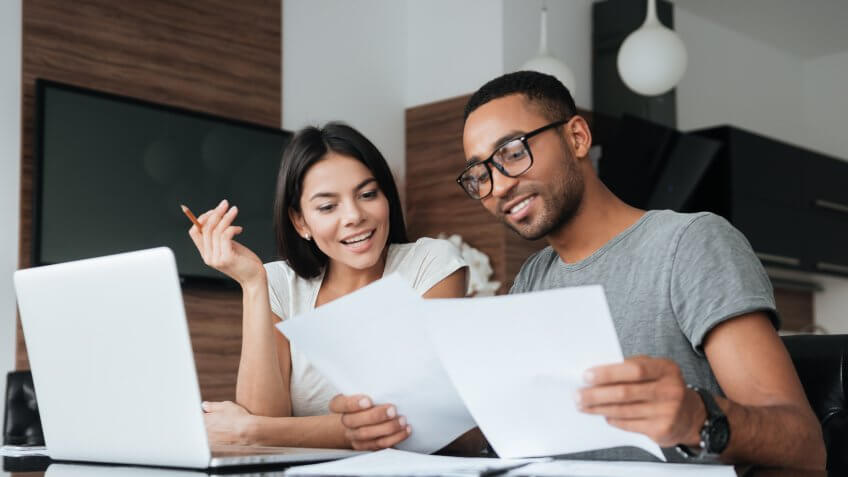 Your 5-Minute Guide to May 2017 Interest Rates

Here's how interest rates today compare with what experts predicted at the end of 2016.