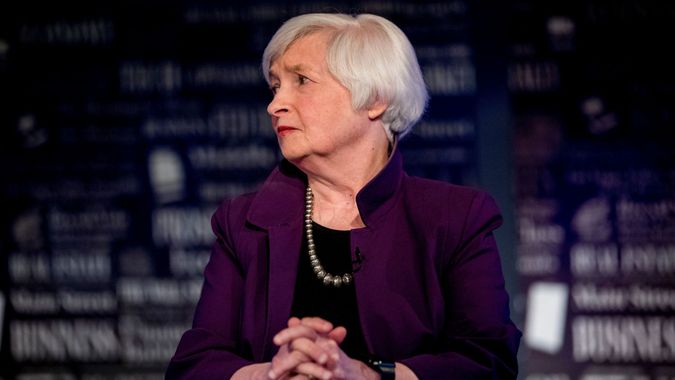 Janet Yellen said on Tuesday that interest rates may need to rise to keep the country from overheating. During an economic forum with The Atlantic, Yellen claimed higher interest rates might be necessary also given the large investments the Biden administration has on deck with its infrastructure proposal to boost the labor market.

See: 9 Ways To Negotiate Your Bills and Get Out of Debt Fast
Find: What the Housing Market Looks Like So Far in 2021 — And What That Means for the Rest of the Year

This comes amidst heightened alarm over inflation with consecutive months of rising prices across several different sectors. The combination of pent-up savings, increased demand, and tight supply has had economists and Wall Street alike concerned for months as to when, or if, the Federal Reserve would step in.

It seemed unlikely up until today that any movement would be made. Federal Reserve Chair Jerome Powell has said that the Fed largely sees inflationary reactions as temporary and more of a side-effect to pandemic stressors.

Those side-effects now seem to be a real concern, as Yellen referenced increased spending, “It could cause some very modest increases in interest rates.”

See: The Best Place To Buy a Home in Every State
Find: What Homes Will Be Worth in Your State by the End of 2021

Stocks briefly continued losses Tuesday after the news and the yield on 10-year treasuries pared declines according to Bloomberg.

While it is unclear when — or if this — will happen certain implications already exist both for the market overall and the average investor. The market tends to react swiftly to Yellen’s comments in general, but certain conditions are unique this time around.

The housing market in particular has had its moment in 2020 and 2021, and people have been waiting for the downturn since the boom began. Now with a possible end to the surge, markets, and mortgages, will inevitably start pricing in in anticipation of tighter monetary policy that for many, seems long overdue.

See: Getting a Deal On Home Prices in This Competitive Market – An Expert Weighs In
Find: 32 Insider Tips for Buying and Selling a House

What does this mean for you?

If you are looking to buy a home, do it sooner rather than later. Yellen gave no timeline for her suggestions. That being said, they were enough to send the mortgage market specifically into worry, which has the potential to send prices even further. Buyer beware though: if a frenzy of buyers starts flooding an already oversaturated market now, it could only further inflate prices and cause the downturn to be that much sharper.

If you are on the fence about buying a home, you may want to wait. Prices will likely fall as the market retreats and changes tide.

Making money more expensive to borrow through increased interest rates will also tighten consumer spending. This could affect retail stocks and many other sectors of the economy, but it is too early to tell where the needle will fall just yet.

Yellen spoke to The Wall Street Journal later in the day to clarify her statement saying, “Let me be clear it’s not something I’m predicting or recommending.”

This story has been updated to include Yellen’s clarifications on her statement.