Personal bank accounts are about to get a lot more colorful, thanks to the advanced technology of the U.S. Bureau of Engraving and Printing. This organization is responsible for creating and printing U.S. currency, specifically Federal Reserve notes (i.e. paper money), as well as developing counterfeit prevention methods for U.S. dollars.

According to the U.S. Department of Treasury, a new 100 dollar bill design will shortly make its way into circulation to banks globally — and will brighten consumers’ wallets as it simultaneously seeks to prevent counterfeit fraud.

As more counterfeiting schemes are devised by perpetrators hoping to replicate U.S. currency, the U.S. Bureau of Engraving and Printing continues to revamp conventional paper money to deter such criminal efforts. The rainbow blueprint of the latest new 100 dollar bill includes a couple of new precautions to hinder counterfeiting, including:

In addition to these new security measures, the new design also includes past anti-counterfeit tactics like the Benjamin Franklin watermark image, the UV-activated invisible security thread that runs vertically along the right side of Benjamin Franklin, and microprinting details throughout the bill.

In an introductory video by the Federal Reserve’s Deputy Associate Director of the Board of Governors, Michael Lambert, shares that the new 100 dollar bill was first unveiled in 2010, but due to production challenges, the release was delayed. The Wall Street Journal reports that these delays included an issue with paper creasing, which has since been addressed.

Now, the Federal Reserve expects to be begin circulating the new 100 dollar bill to banks on October 8, 2013. However, when the public can expect to physically come in contact with the new design highly depends on “distance, demand and the policy of individual financial institutions”, according to Lambert.

Americans are reminded that older 100 dollar bill designs are still legal tender, and they will not need to exchange old notes for the new 100 dollar bill. 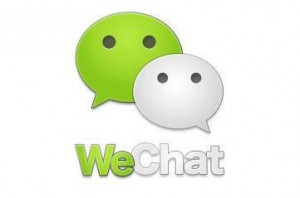