World Bank Downgrades Global Growth Forecast: What It Means for the Future 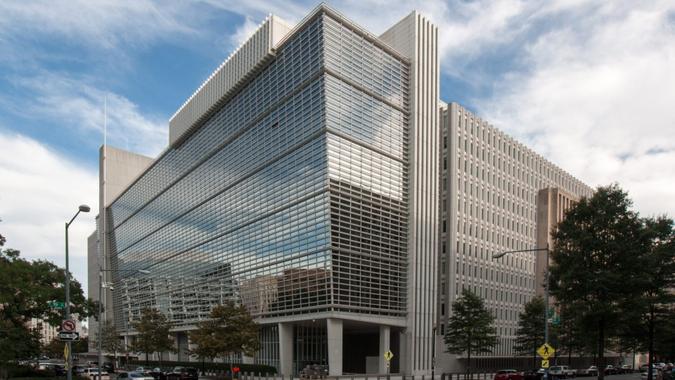 The World Bank lowered its annual global growth forecast for 2022 on April 19 from 4.1% to 3.2%, citing the impact that Russia’s invasion of Ukraine is having on the world economy.

Tips: Unplug These Appliances That Hike Up Your Electricity Bill
Find Out: 30 Things You Should Never Buy Without a Coupon

World Bank President David Malpass told reporters on a conference call that the World Bank was responding to the added economic stresses from the war by proposing a new 15-month crisis financing target of $170 billion, with a goal to commit about $50 billion of this financing over the next three months, Reuters reported.

The projection was updated before policymakers from around the world head to Washington this week for the spring meetings of the World Bank and the International Monetary Fund (IMF), according to the New York Times. The IMF is set to report its global outlook sometime on April 19.

“We are again living through a dangerous period of overlapping crises and conflicts with Poland near the center. I have been deeply shocked and horrified at Russia’s invasion of Ukraine, the atrocities committed against the civilian population, and the loss of life and livelihoods for millions of Ukrainians,” Malpass said in a speech in Poland last week, according to the transcript.

“The attacks on people and infrastructure are causing tremendous suffering, threatening international peace and security, and endangering the basic social and economic needs of people around the world,” he added.

The New York Times reported that Malpass said global poverty rates will go up as the world copes with sudden increases in prices of energy, fertilizer and food. Rising interest rates are expected to slow growth and exacerbate inequality, he said.

The World Bank is predicting a sharp contraction in the economies of Russia and Ukraine, and Malpass said nearby countries in Europe and Central Asia would feel the effects. Consumers in advanced economies are expected to reduce their spending this year as gasoline prices rise, the NYT added.