I remember the day I received the letter that changed my life. “Dear Ms. Linton,” it said. The words that followed pretty much amounted to, “You are a risky customer, and we’re dumping you. Sincerely, American Express.”

I had been engaging in spending habits that made it clear I could not handle the responsibility of that card, and on top of that, had just paid my most recent bill a day late. And now American Express was calling me out. They had already put a spending limit on my account, then slashed that limit in half — clearly an attempt to curtail my usage. But, the late payment was the ammunition they needed to close my account permanently. After reading that letter, I sat down at my dining table and cried.

Click to read more about how to find out if you have debt in collections.

My Amex was my lifeline. I used it for gas, groceries and other essentials. Of course, I used it for a “few” non-essentials, too. I was in the vicious cycle of putting all my expenses on the card, not having any money after paying the bill and then putting everything on the card again. Around and around I went.

Devastated barely begins to describe how I felt that day. All my other credit cards were already maxed out. I remember thinking, “How am I going to survive?” I was crushed. But I had no idea that moment would be a turning point in my life.

Check Out: Paying in Full vs. Partial Payments: Which Is Best for Your Credit Score?

With my Amex canceled and no other credit cards to pick up my slack every month, I was forced to do something I had never done in my adult life: live within my means. I could no longer “put it on the card” until I had the money. I could no longer give in to the temptation of splurging. I could no longer make a purchase immediately that I should wait and save up for. All I could spend was the money I had — and not a penny more.

After a few more crying sessions, I came to terms with my new reality. I took a look at my household income and current level of spending and discovered I was overspending by over $2,000 every single month. I felt sick when I learned that. And then I got to work.

A Blessing in Disguise

I started budgeting for real this time. I say that because I actually was using a budget previously; I just let Amex take care of everything that fell outside of it. Now, with no safety net, I had to prioritize where my money went — this meant eliminating or reducing expenses until my spending was less than my income.

Doing this was eye-opening. I had no idea just how much I was living beyond my means. It’s not like I had an extravagant lifestyle; it was mainly the day-to-day stuff that got out of control.

Once I started prioritizing my spending, something amazing happened: I had enough money to take care of my needs. In fact, I had more than enough. Eventually, I went from overspending to having a surplus every month. And I was able to direct that available money towards paying down my debt.

Between ruthlessly reducing my expenses and bringing up my income by taking on side jobs, I paid off all my consumer debt in two years — all $74,000 of it.

More on Debt Pay-Offs: Drowning in Debt? 18 Effective Ways to Tackle Your Budget

Don’t Wait for a Wake-Up Call

Losing my Amex jump-started something I could never have imagined: my path to debt freedom. (Thank you, American Express, for “sponsoring” my debt-free journey.) In hindsight, though, I could have lived within my means and paid off my debt all along; I just didn’t know it. It took having a financial heart attack to wake me up and force me to change.

If you know you need to improve your financial situation but are having a hard time getting started, decide to turn things around now. Don’t wait for a wake-up call to force you to change. We don’t get to choose our wake-up calls, and you may not like the one you get. It is incredible what you can do when you don’t have any other option, but why not change things on your own terms?

Click to read more about how one woman got her family out of debt with an unusual side job. 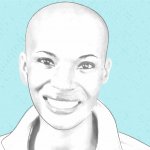 Alaya Linton is a freelance writer, speaker, and financial coach. Her writing and personal story have been featured in multiple publications including U.S. News & World Report, thebalance.com and AOL Finance. 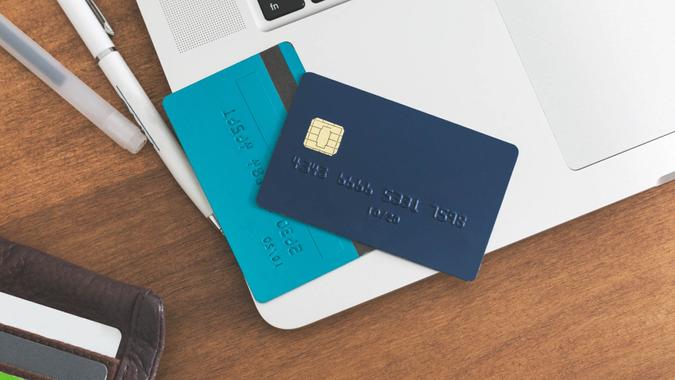 Think twice before canceling your cards.