Attitudes Toward BNPL Differ by Generation, but Use Is Similar 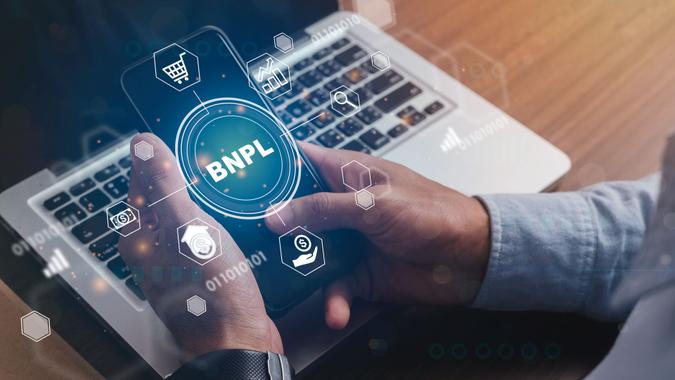 Generation Z consumers are much more open to “buy now, pay later” services than their parents and grandparents, according to a new survey from Student Beans, though there is little difference between the age groups in terms of how many actually use BNPL.

The survey of 4,515 American adults, conducted last fall and released last week, found that more than one-third (34%) of Gen Z consumers have a favorable view of BNPL because it helps young people afford what they want to buy. That compares to only 20% of Generation X consumers and 15% of Boomers.

There is a similar gap when it comes to the negative aspects of BNPL. About two-thirds of Boomers (67%) and 60% of Gen Xers think BNPL services are “dangerous” because they encourage people to spend more than they can afford, according to the survey. By comparison, a little more than half (52%) of Gen Z respondents feel that way.

Despite the differences in attitude about BNPL services, there is almost no difference between generations when it comes to using the services. The same percentage of Gen Z and Gen X respondents — 34% each — said they have used a BNPL service before. That is only slightly more than the 32% of Boomers who said they’ve used it before.

Overall BNPL use increased during the COVID-19 pandemic because consumers had access to fewer services such as fitting rooms in apparel shops, according to Lewis Potton, editor at Student Beans, a U.K.-based marketing technology company.

In terms of purchases, the largest percentage of Gen Z respondents (18%) used BNPL to buy clothes, shoes and accessories. Gen X and Boomers and Boomers were most likely to use it to buy technology, at 19% and 16%, respectively.

Despite having a more favorable view of BNPL, Gen Z shoppers are also more likely to return BNPL purchases before being charged. Nearly three in 10 (28%) Gen Z shoppers have returned items before paying, compared to 18% of Gen X and 11% of Boomers.

One practical benefit of BNPL is that it helps young consumers build up their credit scores.

“If you can showcase that you’re able to commit to monthly payments on time…then this is an indicator to financial savers that you’re able to manage your money sensibly,” Potton said in a news release. “Be warned though: Late payments or no payments at all can cause serious harm to not only your credit score but could also lead to more serious issues such as debt.”

He recommends planning your BNPL purchases in advance by using spending spreadsheets or budgeting tools to determine what’s financially feasible. You should also set calendar reminders of what needs to be paid off, and when.