American Express got into the credit card business in the mid ’50s. Before that, the company was formed in 1850 as a competitor to other express mail services such as the U.S. Postal Service. The company also specialized in money orders, and in 1891 the company invented traveler’s checks as a safe method of traveling with cash.

In the early days of the twentieth century, oil companies and department stores issued line of credits, or “credit cards” to their customers as a way of developing customer loyalty. These credit cards were a private arrangement between the business and the customer, and were only accepted at the business that issued the card. However, these became the precursors to the modern credit cards that are so widespread today.

The original American Express card was conceived as a “travel charge card,” much like a traveler’s check, which allowed travelers to pay for their purchases with a signature. It was first discussed in 1946 as a competitor to the Diner’s Club card. The card was introduced in 1956 as a purple charge card, intended for travel and entertainment. A year later, American Express brought out the very first credit card made out of plastic (unlike prior cards which had been cardboard or celluloid).

Within about five years, there were one million American Express cards in circulation throughout the world, including cards in other countries that were issued in local currency. For many years, American Express cards functioned in what is called a “closed-loop” cycle – meaning that the issuer handled all aspects of the transaction and settled balances between the customer and the merchant. Revenue was generated by membership fees, charged to both merchants and customers. All balances on the American Express card needed to be paid off at the end of each monthly billing cycle. It was not until 1987 that American Express introduced a card product with a “revolving balance,” allowing customers to carry a balance on their card from month to month. While this meant that carried balances accumulated finance charges, it also meant that American Express, remained competitive against traditional bank cards. 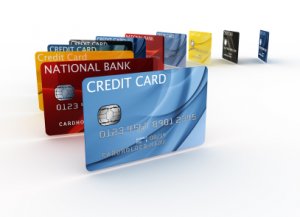