Years ago, while I was at a crowded outdoor market, someone reached into my purse and plucked my credit card and debit card from my wallet. I didn’t even know they were missing until I got home and discovered a message on my answering machine from my card company, alerting me that there had been suspicious activity on my account.

I quickly canceled my cards, contested the fraudulent charges and recovered — without a financial loss — from the incident. However, I consider myself fortunate. The situation might have been far worse if I’d been carrying other things in my wallet — items that could have created a financial nightmare for me if thieves had gotten their hands on them.

Although large data breaches like the recent one at credit reporting agency Equifax tend to grab headlines, more than 40 percent of identity fraud cases stem from a stolen or lost wallet or purse, according to claim data from insurance company Travelers. So, if you’re carrying around these things in your wallet, you’re likely putting your identity and finances at risk — learn how to protect yourself.

The No. 1 thing you should never carry in your wallet is your Social Security card.

“Your Social Security number is the most vital piece of information for identity thieves, and the damage resulting from identity theft can impact your finances for years to come,” said Michael Bruemmer, vice president of consumer protection at Experian.

If someone gets your number, he or she can use it to apply for credit in your name, file a tax return and claim a refund or get a job and earn income that’s reported to the IRS — which will create problems for you at tax time, according to the Social Security Administration. For these reasons, Bruemmer says that losing a Social Security card can be devastating. It takes a lot of hard work for tax scam victims to clear their names with the IRS.

While you can get a new Social Security number, you must have evidence that someone is using your current one. However, some government agencies and businesses, such as banks, might still associate you with the old number — even after you make the switch.

Stay Safe at the Pump: 7 Ways to Protect Yourself From Credit Card Fraud at Gas Stations

When you go out, it’s best to leave your birth certificate and passport at home.

“Like your Social Security number, these items contain some vital, personally identifiable information, and losing these will make it all too easy for thieves to steal your identity,” Bruemmer said.

Unfortunately, more than half of travelers surveyed by Experian said they carry their passports in their wallets. If you’re traveling overseas, opt to leave your passport locked up in the hotel safe rather than keeping it with you while you’re out on the town and risk getting scammed by clever thieves.

A 2015 survey by Experian’s ProtectMyID identity service found that 47 percent of consumers don’t remove unnecessary credit cards from their wallets before traveling. Carrying numerous cards doesn’t just put you at risk on vacation, though. It’s also a dangerous habit the rest of the year.

“If your wallet is stolen and you have eight credit cards in it, that means you will have to cancel eight credit cards, dispute with eight different card companies if fraud does occur, as well as reset any autopay you had for those eight cards,” Bruemmer said. “The more cards you carry, the more opportunities you are giving a thief to steal your money or information, and the more work you are putting on yourself to reestablish accounts after a theft.”

Bruemmer recommends carrying only your main credit card and perhaps a backup one. Only carry retailer cards in your wallet when you are headed to those specific stores, he said. And make sure you have a record of your credit card account numbers and contact information for each card issuer stored at home, in case a card is stolen.

Protect Your Finances on Vacation: Credit Card Hacks You Need to Know Before Traveling

Some people write down their debit card PIN and passwords for accounts in case they forget them and carry them in their wallets, Bruemmer said. However, this information should always be left at home in a secure place.

“If someone has access to your bank PIN or financial account passwords, they can easily steal money from your accounts or make purchases under your name,” Bruemmer said. Take steps to protect yourself against credit card fraud.

Unfortunately, this rule is one that consumers regularly break. According to a 2017 Experian survey, 25 percent of people have shared credit card numbers or PINs with friends and family.

If you prefer writing checks to using a debit card, avoid carrying your entire checkbook around with you, Bruemmer said. Otherwise, thieves have easy access to your money in the event that your purse or wallet is stolen.

Checking account fraud can be especially difficult to resolve, according to the Identity Theft Resource Center. You should report your stolen checkbook to the police and keep a copy of the report to submit to any merchants or financial institutions at which your stolen checks were used.

Unfortunately, putting a stop payment on the checks that were stolen probably won’t be enough to fix the problem. According to the Identity Theft Resource Center, you’ll likely need to close your account to prevent further damage.

Up Next: Surprising Things Your Wallet Reveals About You 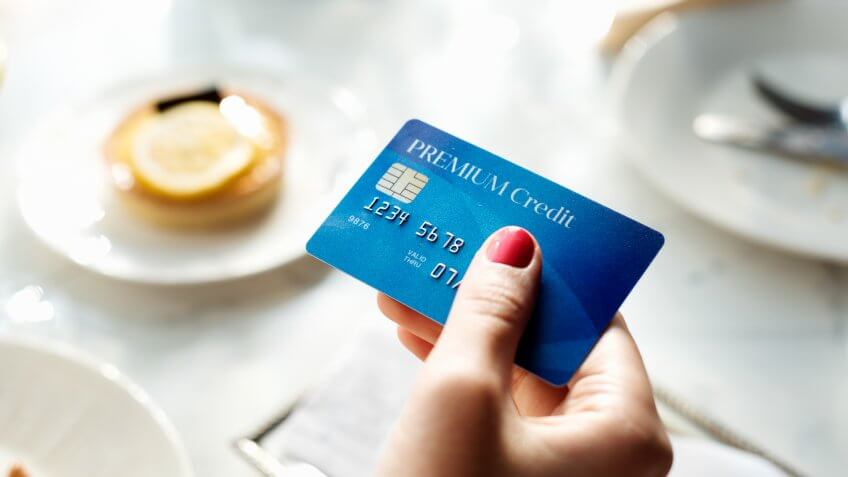 10 Things You Need to Know About Credit Card Expiration Dates

Learn about the benefits and risks of an expired credit card.