The largest pharmacy chain in the country has begun selling cannabidiol (CBD) products in eight states, marking a potentially major development in the growth of the CBD industry. On March 20, Drugstore chain CVS — which has over 9,900 locations worldwide — announced its plans to begin offering tinctures, oils, ointments and supplements with CBD in 800 stores across California, Colorado, Nevada and five other states.

Seeing Green: How Much States Make From Cannabis

The move by CVS to begin offering CBD products comes on the heels of the legalization of hemp last year. While hemp contains little to no tetrahydrocannabinol (THC), the cannabinoid that gives marijuana its psychoactive properties, it does have CBD, which is present in both the hemp and cannabis plants. And while it remains illegal to sell food products laced with CBD, supplements and other over-the-counter treatments using the compound are legal to sell in certain states. And, with the availability of CBD in now-legal hemp, national retailers can consider selling these products in the jurisdictions where it’s legal without violating federal law. That’s important as even those companies selling cannabis products legally in states like California or Colorado are unable to do things like process credit cards or use banks.

Supplements using CBD have become a popular new remedy for anxiety and some other ailments despite a relative lack of scientific evidence supporting claims it can relieve symptoms for those conditions. The market for CBD oils is projected by certain industry groups to reach $1 billion by 2020.

One of the big winners in the deal is Ceraleaf, the legal cannabis company that is partnering with CVS to sell its products. The news was announced during the company’s earnings call on March 20, and company shares were up 17 percent in trading March 21 on the Toronto Stock Exchange after already gaining 41 percent on the year.

Is It Time to Invest in Cannabis Stocks?

While part of the only reason CVS could consider selling CBD products is that it can now access those that don’t utilize cannabis, it remains likely that many will read this move as part of a growing cultural acceptance for cannabis consumption in the United States. At least 10 states have legalized sale for recreational use — including California, the nation’s most populous state — and at least 22 states have decriminalized possession of small amounts.

That puts the state of the legal cannabis industry in a unique regulatory environment that makes the proper valuation of the companies currently in business exceedingly difficult. Plenty of investors might be imagining an opportunity not unlike the one that helped Joe Kennedy establish the family’s dynasty when he purchased the rights to distribute prominent European liquor brands like Dewars in the United States at a discount shortly before the repeal of Prohibition — a deal that made him the equivalent of about $100 million in today’s money. Should the current climate of relaxation of marijuana laws continue — and eventually result in changes to federal law — it could mean that at least some cannabis stocks could ultimately produce huge returns.

Related: These Major Brands Are Taking Cannabis Mainstream — Will You Invest?

However, there’s a reason why the entire industry is so fraught with risk. Marijuana remains a schedule I drug, putting enormous restrictions on any company that sells it regardless of state laws where it operates. What’s more, not every marijuana stock is made the same. Most are still too small to trade on the Nasdaq or New York Stock Exchange, meaning that a large portion of the industry is penny stocks that trade on OTC markets. That makes for a lot more risk, including the potential for bad actors: the Securities and Exchange Commission opted to release an investor warning against penny stock frauds involving cannabis stocks back in 2014.

So, for the time being, cannabis stocks should be viewed as a very high risk/high reward proposition. Some might present incredible opportunity for huge growth due the current, unique historical period of transition in terms of their product’s legality. But legalization is not necessarily a foregone conclusion, and even if it does come to pass, anticipating which specific companies will cash in — and which are destined to wash out or represent outright fraud — is not easy.

Find out which states have earned billions through the marijuana industry.

More on Stocks and Money

Did this article teach you something new?
Get weekly email updates
Apply for a New Credit Card
Sponsors of 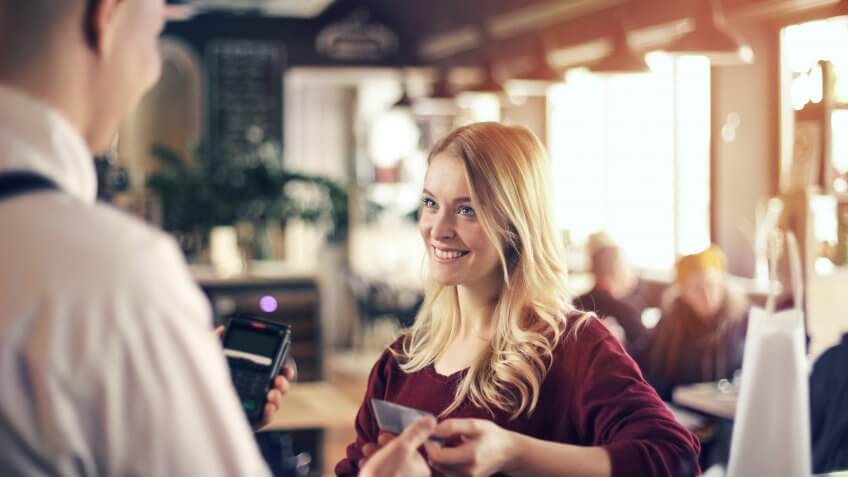 Learn if a prepaid debit card is right for you.

GOBankingRates > Credit Cards > Business Cards > CVS to Sell Cannabis-Based Products, but Only in These Key States