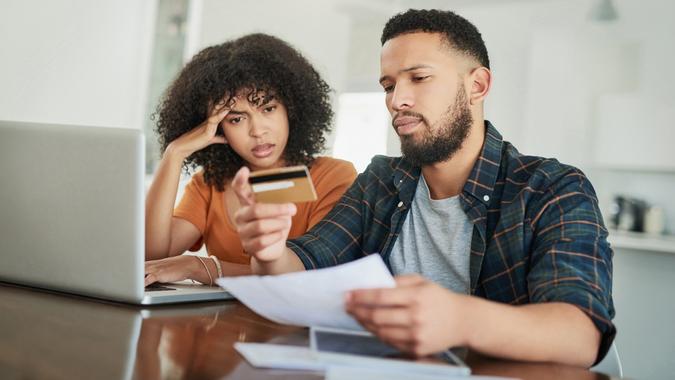 The Federal Reserve’s decision this week to raise its benchmark interest rate by a half-percentage point has already caused quite a ruckus, with stock markets soaring on the news one day and then collapsing the next. While Wall Street tries to make up its mind whether the Fed’s policy is good or bad, consumers are also readying for the impact — which will likely include higher credit card bills.

See: How To Get Rich With a Normal Job
More: 22 Side Gigs That Can Make You Richer Than a Full-Time Job

The Fed has already made two interest-rate hikes in 2022 and is expected to make at least a couple more before the end of the year. Its aim is to cool off spending and bring down the highest inflation rate in 40 years.

As interest rates rise, so does the cost of borrowing money, whether it’s a mortgage, car loan, business loan or credit card. Most credit cards charge a variable interest rate rather than a fixed rate, according to the Motley Fool’s Ascent website. Variable rates are tied to a financial index and will move up or down along with the index.

When the Federal Reserve raises its benchmark federal funds, it typically means the interest rate on your credit card also goes up, usually within a billing cycle or two. This week’s half-point hike means your rate could go up a lot, which will translate into higher monthly credit card bills — even if your purchases remain constant.

The only way to avoid it is to pay your entire balance off each month and sidestep interest charges.

If you can’t pay the balance off each month, another option is to transfer your balance to a different card that offers a 0% introductory rate. You might have to pay a small upfront fee of about 3% of the transferred balance, but after that you will usually have a year or more of zero interest to help you save money.