With approximately 670 stores throughout the United States and an online shopping portal, Macy’s department store, with its decades-old red star symbol, is a familiar site to shoppers searching for items like clothing, accessories and mattresses. To assist with financing its wide array of merchandise, Macy’s offers two branded credit cards: the Macy’s American Express card and the Macy’s store card. Although the two cards offer many of the same benefits, a few differences exist.

To help you determine which card might be right for you, here’s a Macy’s credit card review that will help you understand each credit card’s benefits.

Both Macy’s American Express and Macy’s store cardholders earn Star Rewards on purchases. Star Rewards are based on the amount you spend on your Macy’s card annually and feature three levels: Silver, Gold and Platinum.

When you open your account, you will be assigned Silver status. As your purchases accumulate during the year, your status will change based on the amount you purchase. A status change will take effect 30 days after qualifying.

Once you’ve achieved a higher status, you’ll remain at that status for the rest of the year and the next full calendar year. After that, your status will be based on your purchases in the previous calendar year. Star Rewards levels are based on net purchases, so if you return something, the amount will be deducted from your year-to-date total purchase amount.

Here’s an explanation of all three levels of Star Rewards:

Find Out: Best Loyalty Rewards Programs for Your Wallet

Because this is a store credit card, you can only use it for purchases at Macy’s stores or online. Macy’s store cardholders receive Star Rewards and Star Passes and can accumulate Plenti points of one point for every $1 spent.

The card has a variable interest rate of 26.24% APR and does not offer a special purchase intro APR. Your credit limit will be on the card carrier when you receive your card in the mail, and it also will appear on your billing statement. No annual fee applies to the Macy’s store card.

Even if you have a Macy’s store credit card, you can apply for a Macy’s American Express card. If approved, Macy’s will open a second credit account in your name with a separate billing statement. Contact customer service at the phone number on the back of your Macy’s card for details.

When you link your Plenti account to your Macy’s American Express card, points will be awarded in these amounts:

The variable interest rate for the Macy’s American Express Card is 26.24% APR and, like the Macy’s store card, does not offer an intro APR. Cash advances are available for a 4 percent fee based on the amount of the advance, but not less than $5. The interest rate on cash advances is the same as that for purchases.

You can also open a Macy’s store credit card, but it will be a separate account with a separate billing statement.

Find Out: 10 Things You Should Never Put on a Credit Card

You’ll get many of the same benefits from either card when you shop at Macy’s. One difference comes into play, however, when you look at the other credit cards you carry in your wallet. People who already have a major credit card or two that offers rewards, such as Visa, Mastercard or American Express, might want to go with the store credit card. You can only use it at Macy’s, so you won’t be able to rack up a big balance elsewhere.

But if you would like a card that offers rewards at Macy’s and other places, the Macy’s American Express card might be the one to get. The differences with this Macy’s card option are that you’ll earn more Plenti points that you can use for savings with Plenti Points partners, you’ll qualify for discounts on travel and other perks and it offers cash advances. 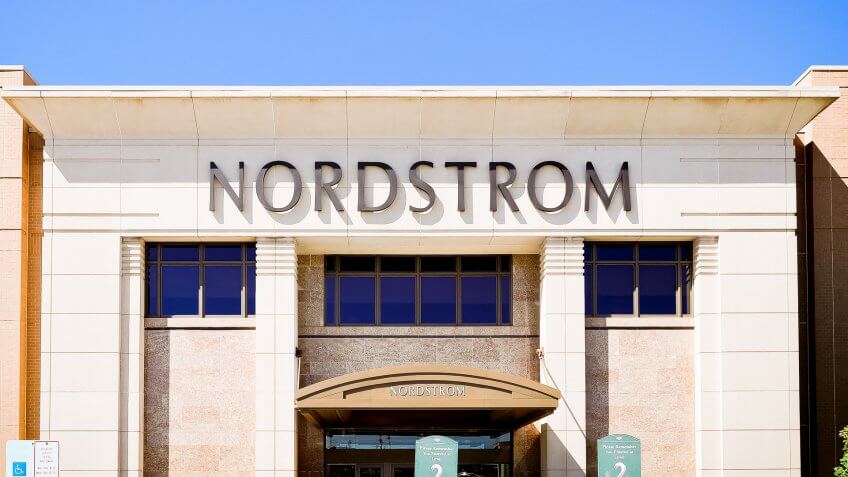 How to Apply for a Nordstrom Credit Card

Know the different Nordstrom card types and how to get them.