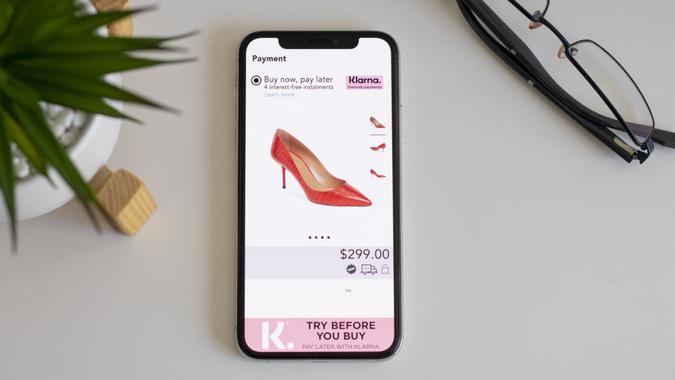 The CFPB said it was concerned about accumulating debt, regulatory arbitrage and data harvesting in a consumer credit market already quickly changing with technology.

“Buy now, pay later is the new version of the old layaway plan, but with modern, faster twists where the consumer gets the product immediately but gets the debt immediately too,” CFPB Director Rohit Chopra, said in the statement. “We have ordered Affirm, Afterpay, Klarna, PayPal, and Zip to submit information so that we can report to the public about industry practices and risks.”

The CFPB explains that BNPL is a type of deferred payment option that generally allows the consumer to split a purchase into smaller installments, typically four or less, often with a down payment of 25% due at checkout.

The application process is quick, involving relatively little information from the consumer, and the product often comes with no interest. Lenders have touted BNPL as a safer alternative to credit card debt, along with its ability to serve consumers with scant or subprime credit histories, the CFPB said.

Last month, a Morning Consult survey found that while holiday shoppers are most likely to reach for their credit or debit card this year at the checkout line, but a large share of adults intend to use BNPL methods: one in five adults plan to use BNPL this holiday season, and another 16% are undecided, according to the survey. These figures come against the backdrop of the fact that 54% of adults say they are worried about their holiday finances, as GOBankingRates previously reported.

Merchants are adopting BNPL programs and are willing to typically pay 3% to 6% of the purchase price to the companies, similar to credit card interchange fees, because consumers often buy more and spend more with BNPL, the CFPB notes, adding that BNPL’s use has spiked during the COVID-19 pandemic and throughout the holiday shopping season.

“More and more Americans are using it, and the most recent Black Friday and Cyber Monday shopping weekend saw massive growth in BNPL. This explosive growth has caught the eye of many investors, including significant venture capital money. Big tech companies are also entering the arena,” the CFPB said.

The CFPB said it expects to publish aggregated findings on insights learned from this inquiry.