TED Talks began in 1984 as a conference that encouraged innovation and discussion in the fields of technology, entertainment and design. Since then, TED Talks have cultivated a rabid fan following, covering a broad range of topics, including how individuals should confront traditional personal finance methodologies.

A report from the National Foundation for Credit Counseling titled “The 2013 Consumer Financial Literacy Survey” revealed the pressing need for accessible information regarding personal finance topics, like banking and saving money.

Fortunately, the breadth of the internet has given rise to alternative ways of absorbing a much-needed financial education. TED Talks have brought the world’s greatest thinkers, economists, experts and entrepreneurs to the stage to help viewers achieve a greater understanding of how they deal with money.

Here are five thought-provoking TED Talks that will change how you interpret personal finance.

1. What’s in a Name? How We’re Doing Credit and Debit Cards All Wrong

David Birch, a digital money and modern-day ID consultant, posed the argument that it’s nonsensical to correlate the idea of identity with one’s name. One example where named-identity becomes a problem is with “chip and PIN cards” (i.e bank debit and credit cards).

“That’s an example of how legacy thinking about identity subverts the security of a well-constructed system,” Birch argued. “We still emboss the cards, so if you’re a criminal in a hurry and you need to copy someone’s card you can just stick a piece of paper on it and rub a pencil over it, just to speed things up.”

“And even more amusingly, we print the name on the front too — why? There is no earthly reason why your name is printed on a chip-and-PIN card. The only people that benefit from having your name on the card are criminals — you know what your name is,” Birch said.

2. How You Can Get Ahead by Saving Tomorrow, Not Today

“People mentally and emotionally and intuitively frame savings as a loss, because they have to cut spending,” Benartzi said. “It’s just painful to save now, it’s a lot more fun to spend now.”

Benartzi introduced his “save more tomorrow” plan, in which employees are shown how to save money for retirement without experiencing the pain of “losing” money in the name of saving. The program recommends a balanced approach which can be achieved by simply allocating a percentage of each raise into a retirement account such as a 401(k). The remainder of the money earned from every raise can be spent.

Related: 5 Bad Financial Habits You Could Be Teaching Your Kids

3. Use Futureless Language and Save More Money

Linguistics and economics might seem like polar opposite topics, but behavioral economist Keith Chen shared his research about how language differences could affect a person’s propensity to save.

In his talk, Chen argued that time-based language that clearly delineates past, present and future grammatically, such as the English language, encourages people to view saving money for the future as too distant.

However, those who speak languages that are “futureless” and do not have such chronological grammar distinctions might have an easier time saving money; saving for the future is interpreted as being on the same plane as using money in the present. People who use futureless language talk about the present and future identically and, therefore, feel that they are identical.

Chen said that futureless language speakers are 30 percent more likely to save in any given year, and that by the time they retire they’ll have 25 percent more in savings than those speaking time-based language.

Director of the Young Foundation, Geoff Mulgan, spoke at a TED Talks session shortly after the financial crisis, where he challenged the idea of bailing out the banking industry and instead proposed using those funds to invest in improving other social issues.

“Even the deepest crises can be moments of opportunity,” Mulgan said in his discussion on capitalism. “They bring ideas from the margins to the mainstream, they often lead to the acceleration of much needed reforms.”

Mulgan used the example of a societal shift in the direction of urban farming. He says that “for some people it’s about survival, but is also about values — a different kind of economy. It isn’t so much about consumption and credit, but about things that matter to us … you can see a proliferation of time banks and parallel currencies, people using smart technologies to link up all the resources freed up by the market — people, buildings, land — to whomever had the most compelling needs.”

Related: Birds and Bees of Banking: How to Have ‘The Talk’ With Your Kids About Money

Cameron Herold, entrepreneur and youth coach, shared how children can learn about saving money and other personal finance concepts through entrepreneurial endeavors. His TED Talks conference explained how kids who do poorly in the classroom might actually have budding business savvy that needs to be nurtured, rather than suppressed.

Keep reading: How to Wean Your Kids Off Allowance and Still Help Them Save

Instead of expecting a flat rate allowance every week, Herold shares how he breeds smarter money habits and entrepreneurial skills in his own children.

“I teach them to walk around the house and the yard looking for stuff that needs to get done … and then we negotiate what they’re going to get paid. They don’t get a regular check, but they have more opportunities to find more stuff and they learn the skill of negotiating.”

Financial values are ingrained in you at a young age, but there is always an opportunity to consider unfamiliar approaches to saving money and banking. Explore more TED Talks for more on “ideas worth spreading” about money. 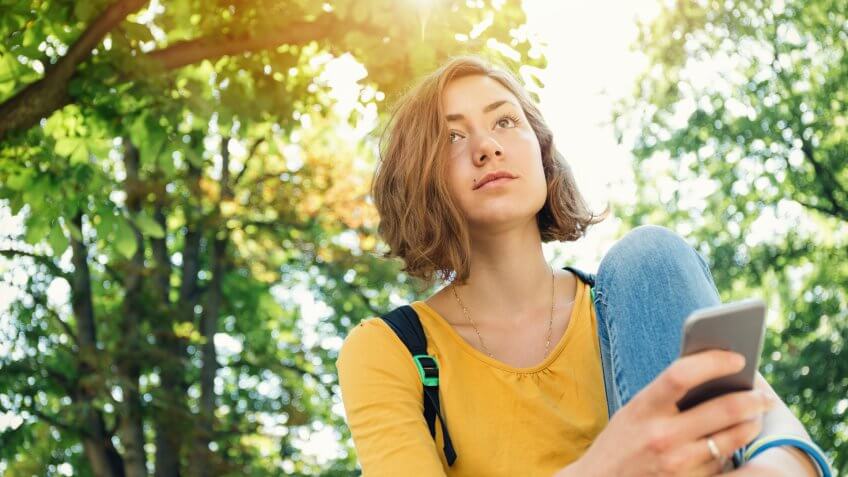