Social Security Number Scam: How Your Child’s Information Could Be Used to Establish Credit and What To Do 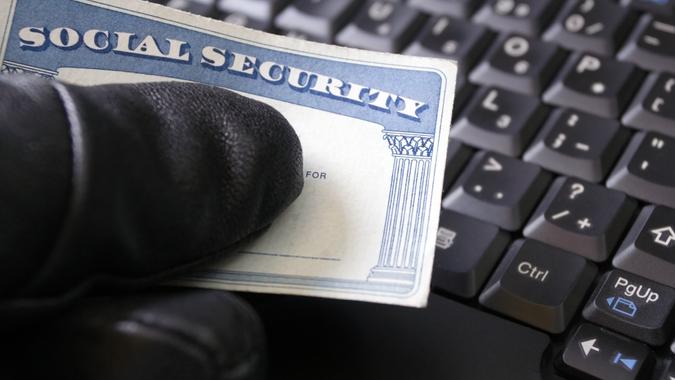 It’s natural to assume that victims of identity theft are adults. After all, they are the ones with more “identity” out there to steal. But a recent report by Javelin Strategy & Research shows that one in 50 American children were victims of ID theft last year.

Learn: How To Freeze Your Credit in 6 Simple Steps
Discover: Social Security Number Stolen? What To Do

According to Consumers’ Checkbook, approximately 1.4 million kids were victims of identity theft in 2021, costing nearly $1 billion.

You might be thinking, “How is this possible? Children don’t have credit, mortgages, debt, assets or significant financial profiles, so how are there so many victims? As Michelle Finneran Dennedy, CEO of PrivacyCode, explained to Checkbook, a child usually has a clean slate, with the exception of one of the most valuable pieces of information: a Social Security number (SSN).

“A child’s Social Security number is a clean, unused, government-approved credential that doesn’t have anyone else’s bad credit on it, so the thieves love it,” says the cybersecurity expert. “It’s a fresh asset that no one is looking at, and they can pretty much become whoever they want to be.”

The mere fact that there is little to no information attached to a child’s SSN benefits a criminal in building a usable fake profile. As former cyberthief Brett Johnson says, building a “synthetic identity” though extending credit limits over time can be a lucrative scam.

“I take that stolen Social Security number, attach any name to it I want, an adult date of birth, an address, and phone number — and then I go apply for credit,” Johnson said to Checkbook. “That will create a credit report. It’s a very thin file, no credit history whatsoever, but at least that person — that synthetic person — is now in the credit bureau system.”

Javelin’s report had a number of other interesting facts about child identity theft, the most disturbing being the finding that 73% of child ID theft is committed by family members or close friends. Thankfully, it also lists everyday preventative measures that should be taken to protect a child’s identification from being compromised.

Child identity theft is harder to detect and repair (it takes four more hours to deal with a child identity theft case than an adult one), but it can be prevented relatively easily if you are on the ball. Because children aren’t out spreading their financial information, monitoring their online behaviors and social media presence will go a long way to ensure your child’s personal information remains private.

But the single most important obstacle you can place in the path of a would-be identity thief is to freeze your child’s credit. Putting a security freeze on your child’s accounts through the three credit reporting agencies — Equifax, Experian and TransUnion — will make it significantly more difficult for identity thieves.

See: How To Tell Whether It’s Really Your Bank Contacting You — or a Scammer
Identity Theft: How to Keep Your Social Security Number Safe From Fraud

“Freezing your child’s credit is one of the most robust protections you can take as a parent,” says Eva Velasquez, president and CEO of Identity Theft Resource Center. “It freezes everyone out of that credit file. It stops someone who has access to your Social Security number, and other credentials, from opening new lines of credit.”