Credit reports don’t always make perfect sense — in fact, they often surprise many consumers with the data they include or exclude. Here are a few examples.

Related: How to Read Your Credit Reports

Some loans feel like installment loans — the amount is finite and the payments are equal installments for a predefined period of time — but they are reported to the credit bureaus as revolving credit. For example, most motorcycle and scooter loans, as well as in-store financing for furniture and electronics, fall into this category.

Unlike an installment loan (such as an auto loan), these appear on the consumer’s credit report as unsecured credit. The effect is three-fold. First, a healthy credit mix is required for a great score, so it might be to the consumer’s advantage to obtain an installment loan instead of more revolving credit. Second, credit utilization will appear artificially high during the early stages of payoff. The account will look maxed out. Third, low-tier debt, like furniture loans, is scored less favorably than revolving debt, which is scored less favorably than home loans and auto loans.

If an account balance is negotiated down, it could be reported as charged-off rather than paid-in-full. Negotiating balances is a smart strategy for any consumer overwhelmed by unpaid debt, and creditors will often accept a payoff amount that is lower than the total owed.

Be mindful, though, of the details: Ask the creditor if the account will be reported as paid-in-full. An account reported as charged-off will hurt the consumer’s score and hang around on the credit report for seven years after the account first became delinquent. By contrast, an account closed in good standing will improve the score and hang around for up to ten years from the date of last activity.

Some consumers apply for credit without realizing it. Renting a car with a debit card might be possible, for instance, but many rental car agencies first perform a credit check in order to authorize the rental. Other companies that are likely to run a credit check are cable TV providers, cell phone providers, utility companies and anyone else offering a service prior to receiving your payment. To avoid the hard inquiry, use a credit card when renting a car and pay a cash deposit to utility providers in lieu of a credit check.

Investigate any weird, odd, unexpected or unfamiliar data immediately by following the instructions provided by the agency. If you have trouble getting mistakes removed, file a complaint with the Consumer Finance Protection Bureau. CreditRepair.com can help you through this confusing and complicated process; its credit repair services have helped thousands get credit back in good standing.

Unpaid credit cards and auto loans aren’t in the weird category when it comes to credit reporting, but many people are surprised to find all sorts of other, often obscure unpaid bills on their credit reports. Unpaid library fines, parking tickets, memberships and any other legal debt can find its way to a collection agency and ultimately to the credit reporting agencies.

Creditors have gotten smarter in the new millennium and seek payment more aggressively than ever before. The mere threat of a negative report to a consumer’s credit file is often all the motivation a person needs to pay up.

Once you initiate a dispute, both FICO and VantageScore will ignore that account when calculating your score until the dispute is resolved. The problem is that the omission could bring your score down significantly. If it’s a credit card, for example, the credit utilization ratio could shoot up without the benefit of the available credit on that account.

Or the average account age could come way down if there are few accounts to average and the remaining accounts are newer. This is probably why mortgage brokers advise home loan applicants not to initiate any disputes or otherwise rock the credit boat during the mortgage process.

Kimberly Rotter is a credit expert with CreditRepair.com. Rotter also manages a collective of freelance writers for her micro-business Rotter Writes. 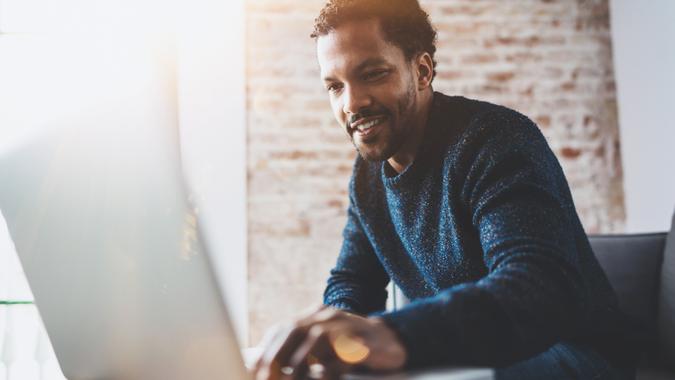 How Looking at Your Free Credit Report Can Save You Money