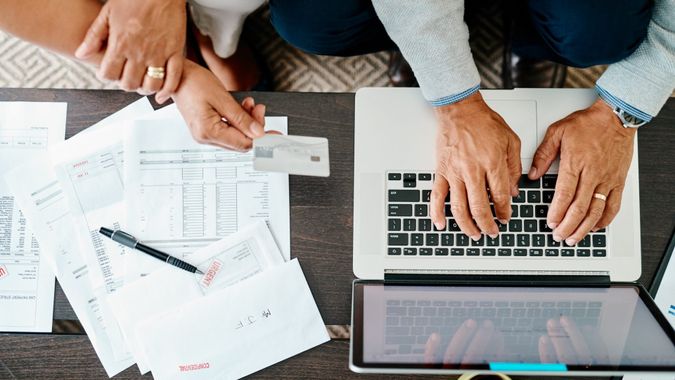 Discover: Expert Tips To Fix Your Credit on a Limited Income
Prepare: Before You Rage Quit, Consider These Financial Ramifications

Consumer revolving credit dropped off dramatically in July, coming down to 6.7 billion. For reference, in June, the figure was 22.3 billion, with many expecting July to come in with modest increase or stay relatively unchanged.

The state of credit in the United States since the beginning of the pandemic has been nothing short of fascinating. For years, Americans have become accustomed to living as a “debt nation” operating under the assumption that debt would simply always be a part of one’s life. Data has shown in the past 12 months, though, that as soon as Americans had money to get rid of their debt, they did so — and in large numbers.

Related: Should You Cancel a Discontinued Credit Card?

Fortune reports that the average credit score increased to 695 this year, up from 688 last year and 682 in 2019, prior to the pandemic.

Stimulus money coupled with long periods of quarantine and COVID-19 outbreak fears fueled Americans’ pockets in order to pay off massive loads of debt. As the most recent credit report shows, this also allowed Americans to take on more debt, as the amount of revolving credit increased overall.

As Americans use pent-up savings to pay off debt, they also used their newfound freedom and money to spend big. In June alone, data from the FRB showed there was a 10.6% annual increase in total consumer credit. This represented the largest annual increase since the summer of 2011. The decrease in July could be due to Delta variant fears stifling full economic liftoff, as well as stalemate interactions with employers on whether or not employees will be willing to return to the office, leaving many uncertain about their jobs.

Uncertainty surrounding the ongoing pandemic as a whole could have contributed to the decrease in borrowing and spending, as well.