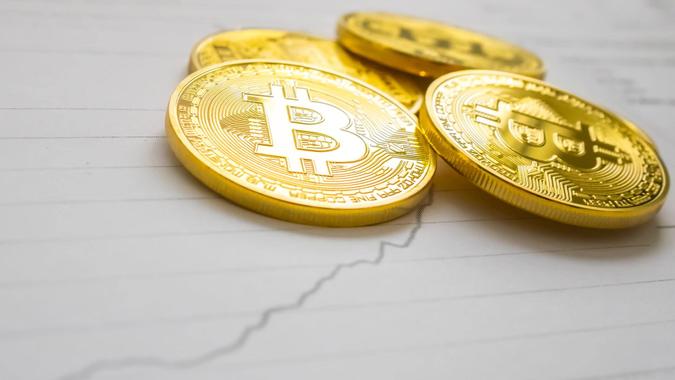 Cryptocurrency is fascinating for a number of reasons, but one of the most interesting is the fact that there has rarely been an asset class so popular that so many people know nothing about. Although most Americans are at least familiar with the term “Bitcoin” these days, the mysteries surrounding Bitcoin and cryptocurrencies in general for the average investor are countless. If you learn these five important characteristics of crypto investing, you’ll likely know more than your neighbor.

What Exactly Is Cryptocurrency Anyway?

Cryptocurrency is becoming such a focus of the investing world these days that many Americans toss the term about without even knowing what it is. In fact, a February 2021 report by Cardify found that a whopping 83.1% of actual crypto investors had “low to moderate” levels of cryptocurrency knowledge, while around 1 in 3 knew little to nothing about what they were buying.

So, what is cryptocurrency anyway? In the simplest of terms, cryptocurrency is a digital form of money. Unlike a physical dollar bill, there aren’t any cryptocurrencies that you can actually hold in your hand. The reason cryptocurrency has generated such a buzz is that you can use these digital assets to send payments to anyone around the globe quickly and anonymously, without having to go through any banking system or third-party service. On the plus side, this means you won’t have to worry about any bank interference, regulations, delays or fees to send money to someone else. On the other side, these types of transactions are completely unregulated, which means they can be easily used for nefarious purposes.

Bitcoin was created by a mysterious figure known as Satoshi Nakamoto — but no one really knows who that is. The framework for Bitcoin was unveiled in a 2008 white paper entitled “Bitcoin: A Peer-to-Peer Electronic Transfer System,” authored under the pseudonym Satoshi Nakamoto.

In 2016, Australian computer scientist Craig Wright claimed that he was Nakamoto, a claim that has been disputed by many. That claim could have been proven had Wright lost a 2021 lawsuit which would have required him to pay half of an estimated $54 billion Bitcoin fortune to the estate of a deceased former business partner. Had Wright lost, the Bitcoin he would have had to fork over could have identified him as the creator of Bitcoin, as it would have been earmarked as the original Bitcoin. However, since Wright won the case, he wasn’t forced to make the payment, and the mystery remains. Wright once promised to offer proof he was Nakamoto, but he later retracted that claim, leading to additional skepticism.

What Is a Blockchain and What Does It Have To Do With Cryptocurrency?

The simplest way to think of a blockchain is as a simple ledger of asset transactions — such as transfers of cryptocurrency. This ledger is shared, anonymous and unchangeable. Each recorded transaction is known as a block, and when blocks are linked together, they become a blockchain. Since the blockchain can’t be altered, it’s a trustworthy system for recording transactions. Since everyone sees the same transactions, it makes the blockchain completely transparent, which makes it valuable.

The creation and maintenance of the blockchain don’t just happen automatically, however. Recording transactions on the blockchain and keeping multiple identical copies of it requires the help of independent contributors, known as Bitcoin miners, who are incentivized to do so through the reward of Bitcoin.

What Is Bitcoin Mining All About?

Bitcoin mining is the process by which new Bitcoins are created. The actual reason that Bitcoin mining exists is to verify and record transactions on the blockchain. To do this requires solving complex, cryptological math problems. While anyone with a PC can theoretically become a Bitcoin miner, the reality is that it takes an immense amount of computing power to mine even a single Bitcoin. To have the best chance to solve an equation before anyone else does, Bitcoin miners need as much computing power as possible, which often means vast server farms located in giant warehouses.

As of December 2021, Bitcoin miners earn 6.25 Bitcoin for every correct transaction they solve. This amount gets halved every 210,000 blocks added to the blockchain, which takes about four years on average. As of December 2021, this amounts to a reward of about $289,000 for every correct solution. However, many miners don’t have the computing power to solve even a single equation, and those who do have to deal with massive energy bills, expensive computer hardware purchases and the volatility of the price of Bitcoin itself.

What Makes the Prices of Cryptocurrency Go Up or Down?

In terms of objective, intrinsic value, cryptocurrency doesn’t have any. Whereas the price of a stock is supported at least in part by the earnings and cash flow of the underlying company, cryptocurrency at this point is supported almost entirely by speculation about its future applications. Some futurists and crypto supporters claim that virtual currencies will overtake the world, eliminating fiat currencies like the U.S. dollar. However, at this point, cryptocurrency acceptance is extremely low, and some countries, like China, are actively fighting against it, intending to create their own, government-backed digital currencies. While some argue that the U.S. dollar also has nothing tangible backing it up, the reality is that it is the de facto reserve currency of the entire world, with a staggering 59% of central banks around the world holding their reserves in U.S. dollars. If cryptocurrency were to ever reach that type of penetration, then the speculation would become real, and values would skyrocket. If, on the other hand, adoption of cryptocurrency falls by the wayside, values will plummet. This tug of war results in the extreme volatility investors experience today when trading crypto.