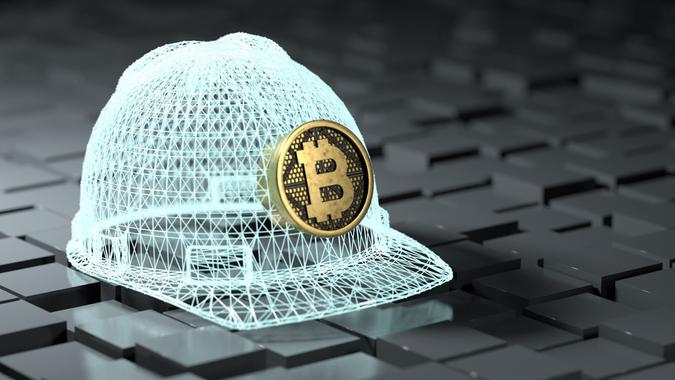 Bitcoin mining company Stronghold Digital Mining, which has environmentally beneficial operations as it’s powered by coal refuse sites, debuted its Initial Public Offering (IPO) on the NASDAQ under the ticker SDIG. The company upsized its offering and priced its share at $19, according to an announcement, which is higher than the $16 to $18 the company initially announced.

Explore: 8 Best Cryptocurrencies To Invest In for 2021
Discover: What Is the Next Big Cryptocurrency To Explode in 2021?

This IPO comes amid an increased appetite for cryptos, reflected yesterday in the successful debut of the first Bitcoin-linked exchange traded fund (ETF). The ProShares Bitcoin Strategy ETF (BITO), based on future contracts, finished the day up 4.9%. This helped send the price of Bitcoin up, as well. The crypto was at $64,300 this morning, up 3.4% in the past 24 hours, according to CoinMarketCap data.

Stronghold’s Bitcoin mining operations are powered through the reclamation of coal refuse sites. Coal refuse is the environmentally harmful byproduct of Pennsylvania’s legacy coal-mining operations, according to its website. They remove coal refuse from piles and burn it in an emissions-controlled manner at their wholly owned generation facilities.

Stronghold said it expects to receive approximately $114.8 million of net proceeds from the offering, or $132.5 million if the underwriters exercise their option to purchase additional shares in full. The company intends to use the proceeds for general corporate purposes, including for acquisitions of miners and power generating assets.

See: New Crypto Copy-Trading Platform Helps Those ‘In the Know’ Guide Beginners Toward Success
Find: 10 Best Crypto Research Tools You Must Have as an Investor