AMC To Accept Bitcoin by Year’s End, but Some Experts Aren’t Sold on the Concept 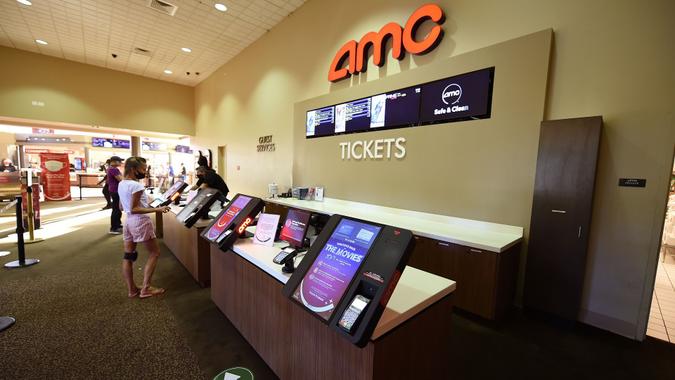 AMC announced yesterday it will have the information technology systems in place to accept Bitcoin as payment for movie tickets and concessions if purchased online at all of its U.S. theaters by the end of the year. However, while several companies are starting to accept cryptos as a form of payment, not everyone is sold on the phenomenon.

In an earnings call yesterday, AMC CEO Adam Aron said that he had to learn more in the past 6 months about Blockchain and cryptocurrency than he learned about it in the entire decade before that — an increased knowledge which has given him the confidence to accept Bitcoin, according to a transcript of the call.

“We also are in the preliminary stage of now exploring how else AMC can participate in this new burgeoning cryptocurrency universe and we’re quite intrigued by the potentially lucrative business opportunity for AMC if we intelligently pursue further serious involvement with cryptocurrency, more detail will be shared publicly with you,” he added.

Blockworks co-founder Jason Yanowitz tells GOBankingRates that AMC’s decision to accept bitcoin makes sense when you view it through the angle of meme stocks.

“I’d assume less than fifty people will spend bitcoin at AMC in the next year, but that their market cap will rise due to bitcoin-enthused Reddit traders leaning into the AMC stock,” he said.

More: What Effect Could Rookie Investors, ‘Meme Stocks,’ Robinhood and More Have On The Market?

Other companies — big and small — are also starting to accept cryptos as a form payment. Tesla, for example, was one of the first big companies to do so. It reversed its decision, however, a few months ago due to concerns “about rapidly increasing use of fossil fuels for bitcoin mining and transactions, especially coal, which has the worst emissions of any fuel,” CEO Elon Musk said at the time.

GetYourGuide, a travel booking platform, also announced its acceptance of Dogecoin as payment earlier this summer. Emil Martinsek, CMO, tells GOBankingRates that the rationale is to “unlock unforgettable experiences, and using Dogecoin as our first foray into crypto is a place to start.”

“We’re hearing from our customers that physical experiences, which build lifelong memories, are in demand. And it’s time to trade in some of what we’ve been HODLing to discover some non-volatile value. Doge has some benefits like transaction speed and costs, but we don’t plan to stop here as we continue to help customers move from over a year of virtual — videoconferencing, streaming, currencies, short positions — to physical, unforgettable things to do,” Martinsek said.

Check Out: How To Make (or Lose) Money With Bitcoin, Explained in One Chart

Johannes Reck, GetYourGuide’s co-founder and CEO, tells GOBankingRates that the challenges many faced over the past year sent people into a virtual spiral — Netflix binging, increased social app use and a renewed interest in stock and cryptocurrency trading, such as Dogecoin.

“Why waste time worrying about hourly fluctuations in Doge when we can invest in making memories by experiencing the best of the real world?” he added.

Beyond using cryptos for services and goods, experts are saying that their use will be expanded for other financial transactions.

Discover: Best Bitcoin or Crypto Wallets 2021: How To Choose

“Crypto in its most efficient form is one of the safest day-to-day transactions due to the blockchain technology. Healthcare and political donations are next up to utilize crypto payments at scale,” Eric Schiffer, CEO of The Patriarch Organization, told GOBankingRates.

However, not everyone is sold on the benefits of using cryptos for daily purchases due to their volatility and fluctuating prices.

“I am amazed that anyone would want to use Bitcoin for movie tickets or sandwiches,” Peter Cohan, a lecturer at Babson College and author of “Goliath Strikes Back,” told GOBankingRates.

See: Banks in Nebraska to Accept Crypto – Despite Warren Buffett’s Misgivings
Find: US Government is Seizing so Many Cryptos, It’s Enrolling Private Contractors

“After all, why would you want to use a Bitcoin worth $46,000 to pay $8 for a tuna sub? I know that people are working on this problem,” he says. “For instance, digital asset marketplace Bakkt and sandwich chain Quiznos are rolling out a physical location, allowing Quiznos customers in Denver to pay with cryptocurrency. Beyond giving people the bragging rights to using Bitcoin to buy things, I do not see the advantage compared to using cash, credit or debit card, or any of the payment apps. After all, how would you feel about giving up Bitcoin to buy a movie ticket if it soars to $150,000 in 2022?”