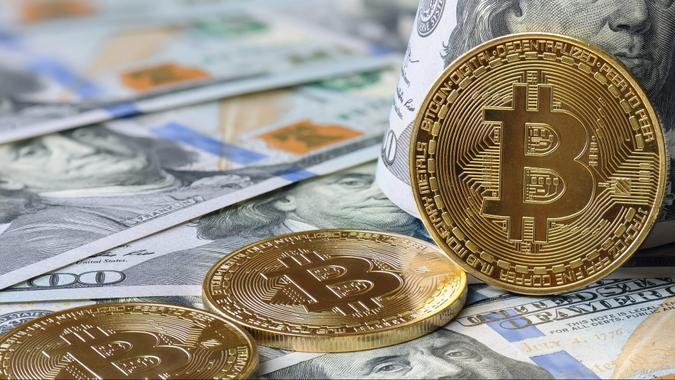 Cathie Wood, the founder and CEO of Ark Invest, reiterated her trust in Bitcoin, saying yesterday at the SALT conference held by hedge fund SkyBridge Capital that she believes it will reach “over $500,000.”

“If we’re right and companies continue to diversify their cash into something like Bitcoin, and institutional investors start allocating 5% of their funds towards [Bitcoin] — it could be for other cryptos, as well — we believe that the price will be tenfold of where it is today. So instead of $45,000, over $500,000,” Wood said, according to a video posted on Blockworks’ Twitter account.

Cathie Wood: Bitcoin could be worth $500,000 if institutions start allocating 5% of their funds towards it pic.twitter.com/I4LObnsq0m

Wood also addressed the regulatory climate regarding cryptos, saying that “no regulators wanted to be blamed for preventing the next big technology breakthrough to happen in the U.S.”

“And that has proven true,” she said. Wood also praised chairman Gary Gensler, saying that she is really happy “he understands crypto, and understands the merits of Bitcoin and, in particular, he is a regulator, though, and he’s a hardcore regulator.”

Wood talked about the recent regulatory issue Coinbase encountered, when it received a Wells notice — the official way regulators tell a company they intend to sue — over Coinbase Lend, the company’s yet-to-be-launched new product.

“What Coinbase did and I was shocked when I saw Wells notice, are you kidding they haven’t even release the product, like what is this? And I think what that Wells notice is doing, it’s a callout by regulators saying “we got to discuss this stuff,” because this is happening very quickly. And I think we are going to bring courts into the system,” Wood said.

The company also announced yesterday that during the third quarter of the company’s fiscal year to date — the period between July 1, 2021 and September 12, 2021 —  it had purchased approximately 8,957 bitcoins for approximately $419.9 million in cash, according to a Securities and Exchange Commission filing.