8 Best Cryptocurrencies To Invest In for 2021 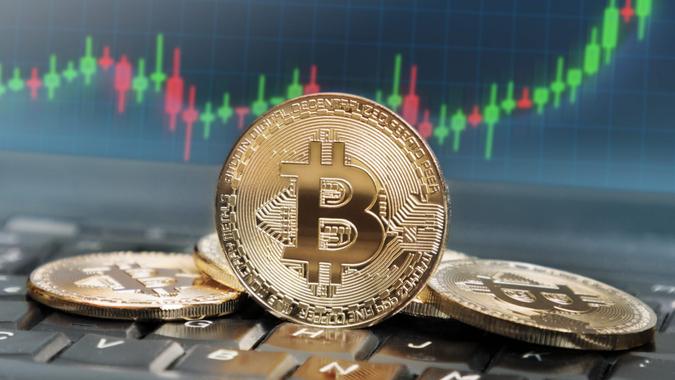 While you can use cryptocurrency to make purchases, most people treat it as a long-term investment. However, volatility makes investing in cryptocurrency risky, so it’s important to know what you’re getting into before you buy in. These are the top eight cryptocurrencies that are most worthy of investment in 2021.

Bitcoin has been around for the longest of any cryptocurrency. It’s easy to see why it’s the leader, with a price and market cap that’s much higher than any other investment options.

Many businesses already accept Bitcoin as payment, which makes this cryptocurrency a smart investment. Visa, for example, transacts with Bitcoin. Additionally, Tesla announced in February that it had invested $1.5 billion in it, and for a time, the company accepted it as payment for its cars — and it soon might again. Plus, the larger banks are beginning to incorporate Bitcoin transactions into their offerings.

The value of Bitcoin tends to fluctuate a lot. You may see the price go up or down thousands of dollars during any month. If wild fluctuations like these make you nervous, you may want to avoid Bitcoin. Otherwise, as long as you keep in mind that cryptocurrency could be a smart long-term investment, these fluctuations shouldn’t be too concerning.

Another reason to reconsider investing in Bitcoin is its price. With a single Bitcoin costing more than $65,000, most people can’t afford to buy whole Bitcoins. For investors who want to avoid buying a fraction of a Bitcoin, this is a negative.

Even though it came out years after some other cryptocurrencies, it has far exceeded its place in the market because of its unique technology, and it’s currently the second-largest crypto behind Bitcoin.

Binance Coin is one of the few cryptocurrencies to reach its peak after 2017. During that year, there was a bull market and the price of all cryptocurrencies rose on it, reaching a peak before plateauing and decreasing in value.

Unlike other cryptocurrencies, Binance Coin continued a slow but consistent trend upward after 2017. It has soared more recently, gaining 1,637% since January. Because of its performance, Binance Coin has proven to be one of the more stable investment options, but it’s still a highly volatile investment.

Cardano also claims to be more adaptable and more secure. It consistently improves its development to stay ahead of hackers.

XRP was created by founders of the digital payment processing company Ripple. It serves as a crypto PayPal of sorts, allowing exchanges between both crypto and fiat currencies.

Ripple is investing heavily in non-fungible token projects that use XRP Ledger, which is a public blockchain. This investment suggests Ripple is positioning itself as another “Ethereum killer,” according to Inside Bitcoins.

Risks of Investing In XRP

In December 2020, the Securities and Exchange Commission filed a lawsuit against Ripple and two of its executives, alleging that they violated registration provisions of the Securities Act of 1933 by raising over $1 billion through an unregistered digital asset securities offering. The implication that XRP is a security, not a currency, could have consequences not just for XRP, but for other cryptos as well.

Solana has taken the crypto world by storm, starting 2021 with 0.01% of the market and soaring to a top 10 crypto by market cap by September, giving its main competitor, Ethereum, a run for its money. Solana currently ranks fifth in terms of market share, with a market capitalization of $68.63 billion, according to CoinMarketCap. Its appeal lies in the speed and scalability of its network and the ease with which it can be used to create decentralized apps that run on a blockchain, Decrypt explained.

Risks of Investing In Solana

Solana has seen an astounding 12,000% appreciation this year, according to CNBC, and prices could drop as quickly as they grew. Reliability might also be an issue, considering Solana suffered a nearly day-long outage due to “resource exhaustion,” according to Bloomberg, as reported by CNBC.

This cryptocurrency was designed to reward genuine investors and weed out people who are just trading to make money fast. Investors who are engaged in the platform also help to make decisions on things like:

Risks of Investing In Polkadot

Polkadot’s founder, Gavin Wood, first introduced the cryptocurrency via a white paper in 2016. Its launch took place in 2020. With such a short history, Polkadot doesn’t have a track record for comparison, making it a riskier investment for potential buyers.

Tether is a stablecoin, which means its value tracks the U.S. dollar. Because of that, it doesn’t experience the volatility other cryptos do. The value is always at or near $1. You can’t buy Tether low and sell it high to make a profit, but you can use it to hold funds you move out of other cryptos without converting them to cash.

With a market capitalization of nearly $74 billion, Tether is the fourth-largest crypto, according to CoinMarketCap.

Risks of Investing In Tether