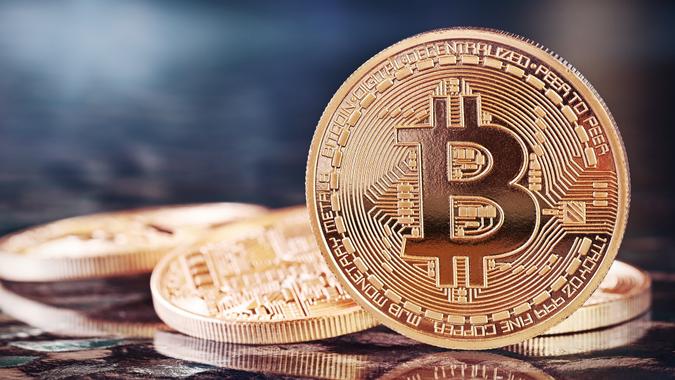 Offshoots such as bitcoin cash have been developed as potential solutions to this problem, but to fully understand the differences between these options, it helps to know a bit about bitcoin’s history.

Whereas fiat currency such as the dollar is subject to spontaneous manipulation by governments, only a finite number of bitcoins will ever be available — 21 million. Until that maximum is reached, new coins are continually introduced to the market by a process called mining, in which powerful computers perform calculations that confirm the validity of transactions. As payment for use of their machines, miners collect fees on confirmed transactions, as well as the newly created bitcoins.

Although bitcoin was meant to be used as digital cash, the volatility of the new cryptocurrency attracted investors while discouraging its use as legal tender.

Concerns about the Bitcoin network’s limitations have been around since before the first block was mined. The very first public response to the original proposal expressed skepticism about its scalability: “The way I understand your proposal, it does not seem to scale to the required size.”

The reason is that the network protocol limits in how many blocks of transaction records can be processed in a given time frame. New blocks are only produced about every 10 minutes, and they’re limited to 1 megabyte in size.

As a result, the Bitcoin network has never managed to process more than eight transactions per second and typically processes just three to seven, depending on the size, according to Bitcoin Magazine — a paltry figure next to the 1,700 TPS handled by a legacy payment network like Visa.

In an effort to solve this problem, developers introduced Segregated Witness — an upgrade that was developed in 2015 and implemented in 2017 to increase security, speed and scalability.

When a change to the Bitcoin protocol is proposed, it goes through an approval process by users and developers. That process is known as governance. In 2017, those participants came to a point of contention as to how they could solve the problem of scalability.

In the end, it came down to whether they should increase the actual size limit of each block or move some portion of, or even entire transactions, to another layer, leaving only larger transactions to be settled on the base layer. Those in support of SegWit fell into the latter camp, contending that it was best to maintain the original 1MB limit.

The SegWit upgrade was a “soft fork” — i.e., compatible with the older software — that most exchanges had adopted by 2019. Among the laggards is Binance, which is the world’s largest exchange and responsible for a significant amount of block space, according to Cointelegraph, citing a report from Glassnode. The report said that unless large players like Binance get onboard, the Bitcoin network will struggle to fully scale.

That said, a large enough number of users supported increasing the block size that they instituted a “hard fork” in the Bitcoin code, which, being incompatible with the prior version of the software, emerged as a new currency altogether in the form of bitcoin cash. This move also started a new trend of forking the original Bitcoin project in order to create new cryptocurrencies, sometimes called split coins, without starting from scratch.

Bitcoin cash came with its own set of rules, including an increase of the maximum block size from 1MB to 32MB. This change drastically increased the speed at which transactions were processed, allowing BCH to process an average of 116 transactions per second.

Additionally, the larger block size made space on blocks much less competitive, which decreased fees dramatically. Bitcoin fees currently average about $2 per transaction, according to Y Charts, but they have reached heights of more than $60. BCH fees, on the other hand, currently average a fraction of a cent.

Although bitcoin was originally presented as a digital currency, people immediately saw it more as a way to make money. And while volatility is something that many cryptocurrencies share, bitcoin seems to embrace its status as a store of value as much as its use as a means of exchange. Its developers prefer to adhere to the tenets of decentralization and security first while looking for ways to improve processing times as a secondary issue.

Conversely, bitcoin cash seeks first to make transactions fast and accessible with low fees, which is supposedly closer to the vision originally set forth by Nakamoto.

Interestingly, bitcoin cash has experienced its own set of hard forks for many of the same philosophical concerns that led to its own divergence from the original Bitcoin project.

Despite the debate over the future of bitcoin, it’s by far the most widely accepted cryptocurrency, with major companies adopting solutions to allow for everyday purchases using bitcoin and investment brokerages facilitating trades. Needless to say, adoption of the original cryptocurrency as an investment continues to grow as investors hope to capitalize on its increased popularity.

Further, despite the slower transaction speeds, bitcoin remains especially viable in cases where speed is less relevant, such as in real estate and automobile purchases.

Bitcoin cash, on the other hand, is relatively unknown outside of cryptocurrency circles, yet it remains the better option for near-instant transactions, especially for smaller amounts. Because the adoption level is still so low, it remains to be seen whether this is due more to the changes to the platform or the relative abundance of block space.