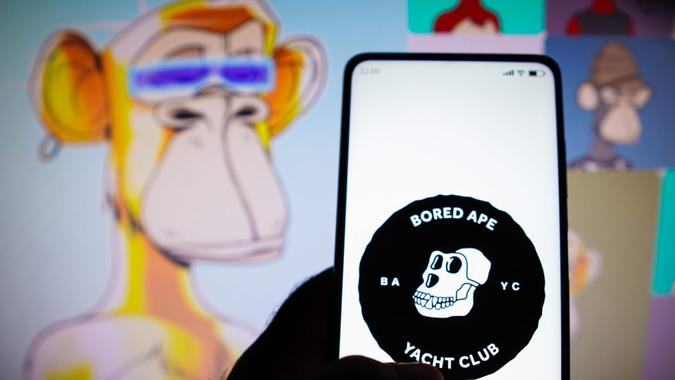 Bored Ape Yacht Club (BAYC) — the mega popular NFT collection — was hacked over the weekend, according to its creator, Yuga Labs, which also recently launched its Otherside metaverse.

“Our Discord servers were briefly exploited today. The team caught and addressed it quickly. About 200 ETH worth of NFTs appear to have been impacted. We are still investigating, but if you were impacted, email us at discord@yugalabs.io,” the company tweeted June 4.

The news was first reported by Twitter user NFTherder, who tweeted that BAYC’s community manager, Boris Vagner, had his Discord account breached “which let the scammers execute their phishing attack.” The tweet continued, “Over 145E in was stolen. Proper permissions could prevent this.”

“It is not a surprise that it  — and creator Yuga Labs — has become a target for hacks, scams and fraud when individual NFTs can be worth hundreds of thousands of dollars or more,” Redbord said. He explained that most of the attacks have been based on social engineering — using phony classified ads to lure and phish victims.

“This is becoming more and more organized and reminiscent of professionalized ‘Scams-as-a-service’ style operations,” he said. “It is so important to remain vigilant. In addition, report these scams so that others are not victimized.”

He added that this is why TRM Labs and partners Circle, Binance.US, Hedera, Aave, Solana Labs, OpenSea and Civic launched Chainabuse — a place to report these types of scams and fraud to ensure that it does not happy to anyone else.

“It is a place for the #cryptoverse to come together to stop those from taking advantage of what we are building,” he said.

BAYC is a collection of 10,000 Bored Ape NFTs that live on the Ethereum blockchain. Each Bored Ape character has individual traits and characteristics.

“Your Bored Ape doubles as your Yacht Club membership card, and grants access to members-only benefits, the first of which is access to THE BATHROOM, a collaborative graffiti board. Future areas and perks can be unlocked by the community through roadmap activation,” according to its website.

“When you buy a Bored Ape, you’re not simply buying an avatar or a provably-rare piece of art. You are gaining membership access to a club whose benefits and offerings will increase over time. Your Bored Ape can serve as your digital identity, and open digital doors for you,” says BAYC.

According to TRM, Bored Ape NFT ownership is viewed by many as a status symbol, selling for around $200,000 each and owned by celebrities such as Jimmy Fallon and Eminem. According to OpenSea, in the past thirty days, the BAYC collection has had the highest floor price and second highest trading volume on the market, and when creator Yuga Labs launched the Otherside metaverse, “FOMO” was on overdrive, which may have prompted the hacks, TRM added.

Just last month, actor Seth Green had several Bored Ape NFTs stolen. He tweeted, “Well frens it happened to me. Got phished and had 4NFT stolen.”

Green had developed an entire series around one of the Bored Ape characters, whose trailer premiered in May at Gary Vaynerchuk’s NFT conference VeeCon, Mashable reported.

“I bought that ape in July 2021, and have spent the last several months developing and exploiting the IP to make it into the star of this show,” Green explained while talking with Vaynerchuk on stage. “Days before he’s set to make his world debut, he’s literally kidnapped.”