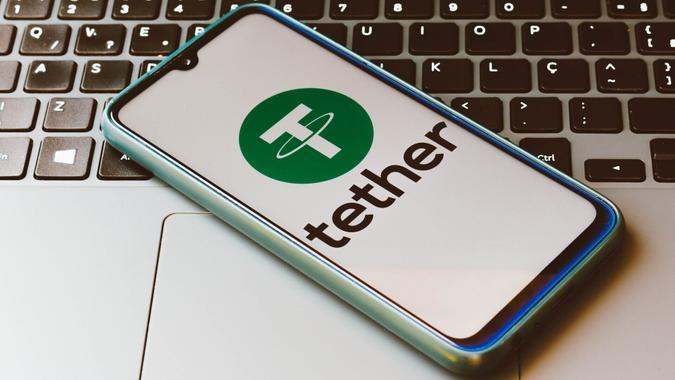 See: What Is Tether and Is It a Good Investment?
Find: 10 Cheap Cryptocurrencies To Buy

“This case highlights the expectation of honesty and transparency in the rapidly growing and developing digital assets marketplace,” Acting Chairman Rostin Behnam said in the statement. “The CFTC will continue to take decisive action to bring to light untrue or misleading statements that impact CFTC jurisdictional markets.”

The CFTC says that since its launch in 2014, Tether has represented that the tether token is a stablecoin with its value pegged to fiat currency and 100% backed by corresponding fiat assets, including U.S. dollars and euros. However, the Commission says that from at least June 1, 2016, to February 25, 2019, Tether misrepresented to customers and the market that Tether maintained sufficient U.S. dollar reserves to back every USDT in circulation with the “equivalent amount of corresponding fiat currency” held by Tether and “safely deposited” in Tether’s bank accounts, according to the statement.

“In fact Tether reserves were not ‘fully-backed’ the majority of the time. The order further finds that Tether failed to disclose that it included unsecured receivables and non-fiat assets in its reserves, and that Tether falsely represented that it would undergo routine, professional audits to demonstrate that it maintained ‘100% reserves at all times’ even though Tether reserves were not audited,” the CFTC said.

As for Tether, it posted a statement on its website, saying that the CFTC’s Order found no issues relating to Tether’s current operations.

“In fact, the Order related to certain disclosures about the reserves from more than two and a half years ago. As the Order recognizes, these issues were fully resolved when the terms of service were updated in February 2019,’ it said in the statement. “As to the Tether reserves, there is no finding that tether tokens were not fully backed at all times–simply that the reserves were not all in cash and all in a bank account titled in Tether’s name, at all times. As Tether represented in the Order, it has always maintained adequate reserves and has never failed to satisfy a redemption request.”

Tether also tweeted: “Putting the past behind us so we can move forward and focus on the future.”

The CFTC today also issued a separate order simultaneously filing and settling charges against iFinex in connection with their operation of the Bitfinex cryptocurrency trading platform.

“The order finds Bitfinex engaged in illegal, off-exchange retail commodity transactions in digital assets with U.S persons on the Bitfinex trading platform and operated as a futures commission merchant (FCM) without registering as required,” according to the statement.

See: With More Money Pouring Into Stablecoin Than Municipal Bond Funds, Should You Invest?
Find:Fed Officials Call for “Close Monitoring” of Stablecoins