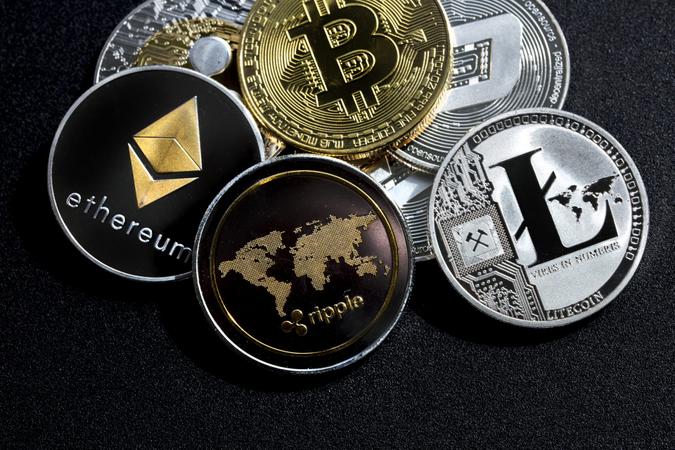 See: Coinbase, the Largest US Cryptocurrency Exchange, Goes Public – ‘It Will Infect the Financial Universe with a Bad Case of FOMO’
Find: The First Coinbase Employee Was Paid in Bitcoin for Three Years

Crypto website Coindesk reports that this was about 1.5% of his total holdings and says that Coinbase insiders and investors sold a total of about $5 billion worth of shares overall.

The numbers might seem surprising at first, but Coinbase was a direct listing instead of an initial public offering. An IPO, which is more common and what you’re more likely to hear about, is when new shares are issued through the company “offering” them to the public for the first time.

With a direct listing, owners, early investors and insiders “directly” offer existing shares to the public. In other words, a direct listing liquidates shares already held, and an IPO creates new money.

See: What Are IPOs and Are They Worth Investing In?
Find: Bitcoin Reaches Record High Above $64,000

Coinbase’s public debut saw its value briefly climb to over $100 billion, before dipping and closing the first trading day at $65.4 billion. Coinbase was “the first listing of a major cryptocurrency exchange and a moment for validation of the digital asset class some 12 years after the creation of the first bitcoin,” Finantial Times reports.

The decision to go direct instead of IPO is a relatively new one in the world of going public. One of the benefits of going for a direct listing is that there is no ceiling to how far up the price can go. In an IPO, investment bankers typically set the price of the first shares up to a certain predetermined threshold based on researched market conditions. Although profits are still tremendous, there is a cap.

With a direct listing, the sky’s the limit. There is no pre-set threshold, and the only thing that determines the price of the first available shares is how the market is feeling on that day. Bet it wrong, and it could backfire. Do it right, though, and you could debut with $381 per share like Coinbase did.

See: Mark Cuban the Next Billionaire to Go All in on Bitcoin: ‘The Number of People Who Own It Could More Than Double’
Find: Musk Tweets Again and Dogecoin – a Bitcoin Rival – Skyrockets

For Coinbase, the bet to go direct made sense — tech stocks have boomed in 2020 and cryptocurrency specifically has surged in recent months. There was little relative risk in going direct, especially since other tech companies paved the way earlier in the year.

Tech giants Palantir and Asana made direct listing debuts in September 2020, but with a few growing-pain hiccups. Palantir’s debut was “mired by technical issues with Morgan Stanley software that prevented some existing investors in the company from unloading shares for much of the afternoon” The Wall Street Journal reported.

The issue was later fixed, and Palantir debuted with a $21 billion valuation. With the first tech companies taking the new approach to offering stock, direct listings could become the new norm for fresh listings after Coinbase’s explosive success.