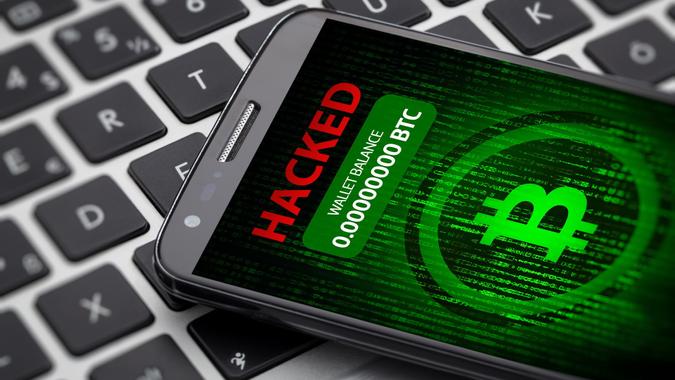 Japanese cryptocurrency exchange Liquid announced Thursday that hackers made off with $97 million worth of digital coins. Liquid ranks among the top 20 global crypto exchanges by daily trading volumes.

“We are sorry to announce that #LiquidGlobal warm wallets were compromised, we are moving assets into the cold wallet,” the company disclosed on Twitter. CNBC also noted that hackers transferred assets to four different wallets. “Warm” or “hot” digital wallets are usually based online in order to allow users easier access, reports BBC, while “cold” wallets are offline and typically more secure.

Important Notice:
We are sorry to announce that #LiquidGlobal warm wallets were compromised, we are moving assets into the cold wallet.

We are currently investigating and will provide regular updates. In the meantime deposits and withdrawals will be suspended.

“We are currently investigating and will provide regular updates,” Liquid continued via Twitter. “In the meantime deposits and withdrawals will be suspended.”

Related: AMC To Accept Bitcoin by Year’s End, but Some Experts Aren’t Sold on the Concept

CNBC noted that Elliptic, a blockchain analytics company, said its analysis showed that about $97 million in cryptocurrencies were stolen. Liquid Global also said that it was tracing the movement of the stolen cryptocurrencies and working with other exchanges to freeze and recover the assets, BBC reported.

Of the total amount, $45 million in tokens were being converted to ethereum through decentralized exchanges like Uniswap and SushiSwap, Elliptic said in a blog post. This move allowed the hackers to avoid having assets frozen.

See: Bitcoin Rises Back Above $50K As PayPal UK News Gives It a Lift
Find: Will Bitcoin Ever Run Out?

This isn’t the only recent crypto cyberattack. Earlier this month, more than $600 million was stolen from blockchain site Poly Network after a hacker exploited a vulnerability. However, it was reported the hackers returned nearly all of the stolen funds after establishing communication with the organization.