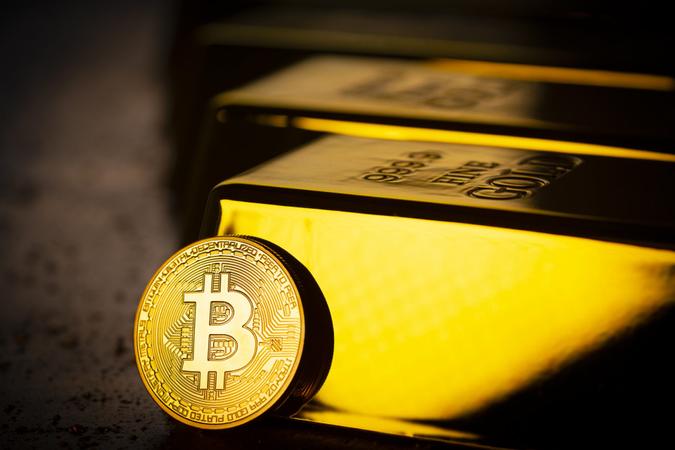 Crypto assets have been on a meteoric ascent in the past few months, and their total market value now stands at around $2 trillion. This figure places them almost on par with gold, which they are often compared to in terms of the benefits they offer, namely an inflation hedge.

While cryptoassets are still highly speculative, there’s a more robust fundamental foundation for them now than in the past, according to a client’s note from Bernstein Alliance published this week.

“It’s become common to compare bitcoin to gold. And it’s not unreasonable. Both have shortcomings as currencies and payment mechanisms, which we won’t delve into here. And yet, according to the World Gold Council, 42,600 metric tons of gold are held for private investment, totaling $2.6 trillion at today’s prices,” according to the note.

Bitcoin, which has been in rough waters this past week, is now standing at $42,000 and saw its market cap value tumble to $795 million from its high of $1 trillion, according to CoinMarketCap.

Bernstein says in its note that Bitcoin is still several times more volatile than gold and it’s unclear whether its correlation to assets like stocks will match gold’s.

“In fact, one important nuance emerges as the critical reason why Bernstein and other investors are drawn to a certain allocation to gold in a portfolio — more than just about any other asset, gold has historically been a great disaster hedge,” according to the note. “When the markets become topsy-turvy, gold has historically offered remarkable protection. Bitcoin, on the other hand, has appeared correlated with risk assets like stocks in times of both market exuberance and despair. Will bitcoin’s volatility settle down, and if so, when?”

Finally, the analysts warn in the note that there are “logical ways to approach the crypto market, but caution is required.”

“On top of the fundamental risks, much of what we’ve seen in recent months appears quite speculative. As with any new technology, we’d anticipate periods of exuberance and disillusionment as adoption unfolds, winners emerge, and losers vanish. Those signs of speculation should be a reminder of the need for caution, but at the same time, they shouldn’t distract or detract from the fundamental progress being made in the cryptoasset space,” they say in the note.