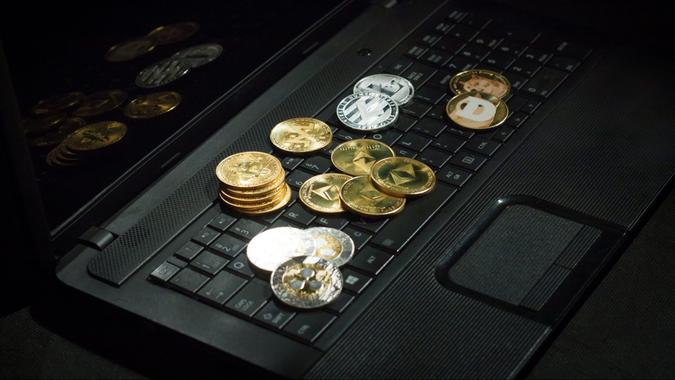 Coinbase, which listed Dogecoin on its platform earlier this week, announced it would be giving away $1.2 million in DOGE “to celebrate.”

See: Beyond Bitcoin: Looking at Some Crypto Financial Jargon
Find: Coinbase vs. Binance: Which Cryptocurrency Exchange Is Better?

Elon Musk couldn’t help himself and following the announcement, tweeted “nice,” which sent DOGE up. The crypto is around $0.36 this morning and has a total market value of $46 billion, according to CoinMarketCap.

Coinbase explained in its blog post that one of the most common requests the company hears from customers is to be able to buy and sell more cryptocurrencies on its platform.

“It shares many features with Litecoin. However, unlike Litecoin, there is no limit on the number of Dogecoins that can be produced.” Indeed, unlike Bitcoin, which is designed to be scarce, Dogecoin is intentionally abundant — 10,000 new coins are mined every minute and there is no maximum supply, Coinbase said in the post.

While it has gained incredible traction lately as well as celebrity endorsements, including Mark Cuban and Snoop Dog, just like any other crypto, it’s extremely volatile. If you’re planning on investing in it, you should be ready to stomach wild swings.