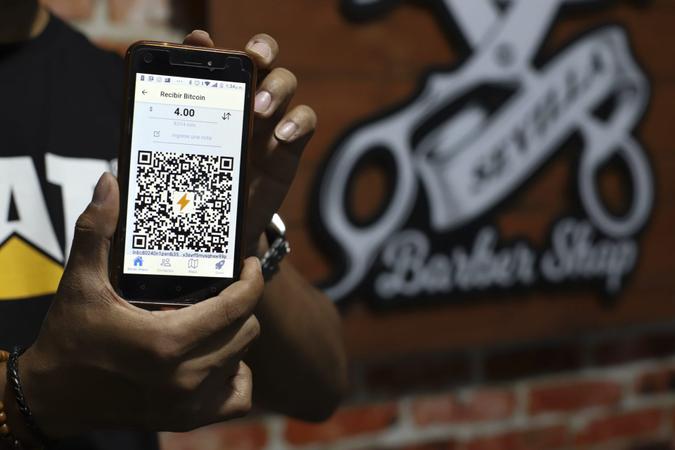 El Salvador adopted Bitcoin as legal tender Sept. 7, making it the first country to do so. But while chains such as McDonald’s, Pizza Hut and Starbucks have started accepting the crypto as a form of payment, the much-anticipated rollout encountered several glitches. Now, several crypto payment firms are “rising to the occasion” to help.

See: Bitcoin Will Replace Fiat Currency by 2050, Panel of Experts Says
Find: Up to $4.2 Billion in Lost Bitcoin Can Be Recovered – Be Wary of Scams

President Nayib Bukele tweeted that the “Chivo Wallet,” a storage app created by the government and “the official Bitcoin and Dollar wallet of the Government of El Salvador,” per its Twitter bio, was available on major app stores. According to the app’s website, users would receive a gift of $30 in Bitcoin. The commission-free app enables users to send money without intermediaries, 24/7, to withdraw dollars whenever they want and handle the currency they want — BTC or USD.

However, people reported problems downloading and operating the wallet, which was taken down soon after it went live, Cointelegraph reports.  Bukele then tweeted the app would undergo a maintenance period to fix the issues.

Several big names however tweeted their enthusiasm, including Michael Saylor, Microstrategy co-founder, who replied to a user tweeting  a picture buying a Starbucks coffee with Bitcoin, saying: “#Bitcoin on #Lightning is indestructible money moving at the speed of light.”

Why is the Chivo Wallet Important?

Vanessa Grellet, Head of Portfolio Growth at CoinFund, tells GOBankingRates that it’s important to understand that the Chivo wallet rollout in El Salvador has no impact on the underlying security of Bitcoin as a Layer 1 blockchain.

“The primary security risk for Bitcoin transactions involves the tools used to store, trade and make payments with digital assets — like certain types of crypto wallets, exchanges and other trading platforms,” Grellet says. “The security and technical proficiency of those platforms will be critical factors in driving mainstream adoption of Bitcoin and other digital assets for everyday retail transactions in the U.S. and elsewhere, like buying a coffee or groceries.”

According to the text of the law passed in June, approximately 70% of the population does not have access to traditional financial services.

“It is the obligation of the state to facilitate the financial inclusion of its citizens in order to better guarantee their rights; in order to promote the economic growth of the nation, it is necessary to authorize the circulation of a digital currency whose value answers exclusively to free-market criteria, in order to increase national wealth for the benefit of the greatest number of inhabitants,” she says.

Grellet notes that many citizens are heavily reliant on income from remittances — money sent from migrants back home — mainly flowing from the United States.

“Salvadorans leveraging bitcoin transactions through the launch of the Chivo wallet will help save an estimated $400 million a year on commissions for remittances. In order to maintain secure payments, Silvergate Bank, a U.S. federally-regulated and California state-chartered bank, will facilitate transactions in U.S. dollars,” she says.

She adds that taking effective regulatory measures will help ensure that crypto wallets, exchanges and other trading platforms are able to process secure transactions while maintaining safety for users.

“Allowing residents to pay taxes and other debt with cryptocurrency in addition to hundreds of thousands of businesses accepting digital currencies as a payment will only aid in driving mainstream adoption,” she says.

Is the Chivo Wallet Hackable?

Last year, the 2.5 million Salvadoran living abroad transferred almost $6 billion, or 23% of the country’s GDP, according to World Bank Data. Some experts are now cautioning users about the government’s new wallet.

Alex Gladstein, chief strategy officer for the Human Rights Foundation, tells CNBC that the Chivo wallet is no different than a bank, meaning that the government has the authority to freeze the value. He adds that he believes Salvadorans taking control of their financial destinies by transferring their bitcoin out of Chivo and into a wallet where they can exercise more control over the funds, CNBC reports. In addition, Jamie García, a Salvadoran who lives in the Canadian province of Saskatchewan, tells CNBC, “Is it hackable? We don’t know yet.”

“I think there’s financial bitcoin hygiene that a lot of people don’t understand when it comes to a custodial wallet, which is what Chivo is,” García continued. “It’s not even that people are distrustful of the government. People are distrustful of platforms like Mt.Gox — centralized entities that hold money, that have been hacked in the past.”

William Callahan, a former special agent in charge with the U.S. Drug Enforcement Administration and now serves as the director of government and strategic affairs for Blockchain Intelligence Group, tells GOBankingRates, that he can’t say that the new app is 100% safe because he doesn’t “know the technology behind it.”

“What I can say is that transactions over the Bitcoin network are peer to peer and have been proven safe and reliable. This will allow family members to safely transfer value back to El Salvador. I do believe that money remittances from the U.S.  and Canada to El Salvador will greatly benefit El Salvadorans who will be able to move money in their pockets and less toward traditional money remittance fees,” Callahan adds.

What Other Security Measures Are Being Used?

Several crypto payment companies, such as Flexa, are jumping on the Salvadoran opportunity. The company, which deems itself as the “fastest and most fraud-proof payments network in the world,” announced it would be enabling Flexa merchants to receive payments via the Lightning Network to receive payments from more bitcoin holders than ever before, “including users of Lightning-enabled wallet apps such as Eclair and Chivo,” according to a release.

As of Tuesday, Flexa-powered Lightning payments are live for some partners and merchants in El Salvador, “and will be rolling out to all Flexa merchants in the coming weeks,” according to the release.

And just today, Flexa announced it had partnered with the largest financial institution in El Salvador, Bancoagrícola, to enable bitcoin acceptance country-wide. Through this new integration, Bancoagrícola is now accepting Bitcoin across its network for payments toward loans, credit cards and merchant goods and services, according to the announcement.

“The bitcoin acceptance solutions introduced by Bancoagrícola and Flexa … are the first of their kind not only in Latin America but also across the globe. Bancoagrícola customers can now use any Flexa- or Lightning-enabled wallet app to pay bitcoin for U.S. dollar-based loans and credit card payments at the exact fair market rate, without any additional fee or spread,” according to the announcement.

The company, founded in 2018, says that unlike a traditional bank or payment card transaction, Flexa payments don’t involve sending any sensitive customer account information through the network. Instead, each Flexa transaction starts and ends with a unique, digital authorization code that can’t be decrypted or reversed. In the U.S. and Canada it is used in more than 41,000 locations, including Barnes & Noble, Express and Lowe’s.

“When this El Salvador regulation got put in place, we actually got approached by merchants and other entities in El Salvador asking for us to set this up for them in a compliant way, because they’re working with our counterparts in the U.S.,” Flexa co-founder Tyler Spalding told CoinDesk in an interview. “So there ended up being a really great opportunity to help merchants, and now banks particularly, to be able to process these sorts of digital payments.

See: Coinbase Amasses $4 Billion in Cash in Event of “Crypto Winter”
Find: Best Bitcoin or Crypto Wallets 2021: How To Choose

Some experts don’t believe that so-called fraud proofs are one of the major adoption barriers for the lightning network and that Flexa will not add anything, nor will it spur further adoption.

David Vorick, Skynet Labs Founder and CEO, tells GOBankingRates that “[he doesn’t] think that fraud proofs are one of the major adoption barriers for the lightning network. Onboarding isn’t fun, using isn’t fun, troubleshooting it isn’t fun. If the Lightning Network is going to succeed, it’s not going to be because of fraud proofs but because some company comes forward with a greatly simplified user experience that makes transacting fun.”