Ethereum Merge: Joe Lubin & Other Experts Explain How It Will Impact the Crypto World 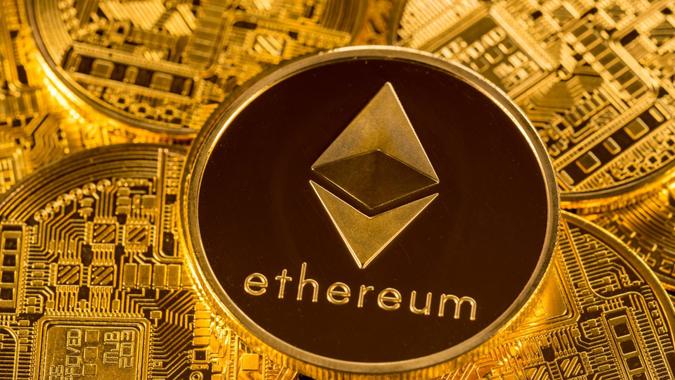 The Merge — the Ethereum upgrade set to take place Sept. 15 — represents what many call “the biggest crypto event ever.” From tremendously reducing Ethereum’s energy consumption to the effect it might have on crypto prices and institutional adoption, many experts say the outcomes of the upgrade, which is the full transition to proof-of-stake (PoS) from proof-of-work (PoW) for Ethereum, will be far-reaching but might take years to fully manifest themselves.

Retirement at Any Age: Get Top Retirement Tips for Every Stage of Life
Looking To Diversify in a Bear Market? Consider These 6 Alternative Investments

“The Merge is an unprecedented global scale example of how a decentralized system can practically eliminate its carbon footprint with a reduction of 99.99%,” said Joe Lubin, co-founder of Ethereum and CEO of ConsenSys. “The Merge is the result of years of decentralized coordination and innovation that will bring more security and future scalability to the network — and a more capable trust foundation to society.

“The Merge accelerates the system towards massive decentralization — where decentralization is the root of trust,” Lubin added, “and to a world in which far more people and small organizations will have greater economic and political agency.”

Let’s take a look at what some experts say about how The Merge might change the crypto world.

The Potential Effects of the Energy Reduction Consumption

The move to PoS and the ensuing reduction in Ethereum’s energy consumption might have several effects.

The reduction in energy consumption  is “arguably the most significant crypto event since Ethereum’s own creation,” according to Louis Schoeman, managing director of Forex Suggest.

“So if energy consumption is reduced by the expected 99%, 108.7 million of those trees will be saved over the next year, with CO2 emissions reduced to just 222,222 tons,” Schoeman added. “With the climate crisis on the top of the global agenda, one of the biggest blockchains becoming more environmentally friendly could result in us seeing an uptake in adoption rates.”

While the upgrade doesn’t make miners happy, it will be more difficult for the crypto detractors who cite the environmentally unfriendly aspect of the space to use that argument against it. In turn, it might make Ethereum projects more ESG (Environmental, Social and Governance) compliant, which could help accelerate institutional adoption as well as the growth of decentralized finance (DeFi).

“The merge to proof-of-stake dramatically reduces Ethereum’s power consumption by 99.9%. In terms of energy consumption, it will now sit alongside other protocols that are considered sustainable, such as Tezos, Solana and Algorand,” said Junnu Salovaara, head of platform development at Likvidi.

“Given it’s still the second biggest blockchain in the world by a big margin, it presents an opportunity for sustainable blockchain projects looking for a home. Previously, a single transaction consumed enough energy to power an average US household for a whole week. Post-Merge, it will be closer to boiling a kettle.”

Will It Make ETH ‘the Most Deflationary Currency’? And Will It Affect Crypto Prices?

As the Ethereum Foundation explains, in PoS, validators stake capital in the form of ETH into a smart contract on Ethereum. Anyone can become a validator by depositing 32 ETH ($52,000 as of Sept. 13) into the deposit contract.

“This staked Ether then acts as collateral that can be destroyed if the validator behaves dishonestly or lazily,” the Foundation explains. “The validator is then responsible for checking that new blocks propagated over the network are valid and occasionally creating and propagating new blocks themselves.”

In turn, the Foundation estimates a 90% reduction in the issuance of new Ether, making it scarcer, which could make it “the largest deflationary currency,” Lucas Outumuro, head of research at blockchain intelligence firm IntoTheBlock, told Fortune.

“With a 90% reduction of ETH issuance and a roughly doubling of validator income while withdrawals are not yet enabled, there is also some fundamental price impact to be expected over the coming months, at least relative to other cryptocurrencies,” said Freddy Zwanzger, Ethereum ecosystem lead at crypto infrastructure firm Blockdaemon. “These factors could shift the overall crypto narrative by establishing PoS as a very valid alternative to PoW historically dominated by Bitcoin and establishing ETH as ‘ultrasound money’ with no or even negative inflation post-Merge.”

Another impact, according to Mauricio Di Bartolomeo, chief strategy officer and co-founder of Ledn, is that it will introduce a “seismic shift” in the current infrastructure of decentralized applications, which should have a secondary impact on the native assets of those competing blockchains relative to Ethereum.

“Throughout 2021 and 2022, alternative PoS blockchains like Solana and Avalanche have flourished on the promise of faster transactions, cheaper cost and more capacity,” Di Bartolomeo said. “These arguments will no longer be valid once ETH moves to the same consensus mechanism, which will drive a lot of developer activity and economic activity back to the Ethereum blockchain.”

Will It Make the Space Safer and More Secure?

Depends on who you ask.

According to a ConsenSys report, “With the democratized participation and improved decentralization of the PoS mechanism, the cost to attack the Ethereum blockchain will be more than $11 billion at current prices, roughly [10 to 20 times] more expensive [than] PoW.”

“In addition, the security of the network running PoS will rise over time as more validators will come on board,” the report said, “and the amount of staked ETH will increase.”

Ari Redbord, head of legal and government affairs at blockchain intelligence company TRM Labs, says to think of The Merge as a software upgrade that changes the way transactions are validated on one of the two most critical blockchains in crypto.

But will it be safer?

“There are differing views,” Redbord said. “PoW advocates say that now a smaller number of ETH holders will have outsized control of the ecosystem, and PoS advocates argue that if the ecosystem is controlled by those with more skin in the game it will result in a safer system. We may not see the full impact right away, but this has been the future of Ethereum for some time, and it is exciting to see it happen.”

He added that it is more critical than ever for users to be vigilant.

“Like with any big crypto moment — and The Merge is one of the biggest — users should be on high alert for scams and fraud. For example, we are likely to see fraudulent token airdrop scams related to The Merge even though there is no anticipated official token drop or ‘ETH2’ merge token. We are seeing great reporting and crowdsourcing of fraud on Chainabuse.com.”

So, Do We Need To Wait Longer To See the Full Expression of the Changes?

According to several experts, the answer is: Probably. While The Merge unequivocally represents a turning point in the cryptosphere, which has been described as “seismic,” and is an enormous technological feat and engineering undertaking, the most significant changes might happen further down the line.

GOGO Protocol founder Garry Krugljakow, for example, said The Merge is being described as one of the most monumental technological upgrades in the history of blockchain networks, and its completion is hoped to initiate a series of further upgrades that will eventually unleash a tremendous amount of utility for DeFi and NFTs, along with other applications.

“While The Merge won’t itself make Ethereum faster and cheaper right away,” Krugljakow said, “it lays the foundation for those subsequent upgrades that will do this. This is why it’s such an important event.”

Indeed, while the focus and attention is certainly on The Merge right now, it’s important to understand that very little, if anything, will really change for the vast majority of the ecosystem after Ethereum moves to PoS, said Tara Annison, head of technical crypto advisory at Elliptic.

“If you’re running a DeFi service, operating a crypto exchange or have built something on top of Ethereum,” Annison said, “then life pre- and immediately post-Merge looks pretty similar.”

Annison added that the world-changing updates come further down the track, with the rollup centric roadmap that looks to improve scalability while reducing resource requirements for nodes.

“This is going to be executed with the Verge, Surge, Purge and Splurge components of future upgrades,” Annison said. “So does The Merge immediately change the Ethereum or crypto ecosystem? Largely no. It’s a huge milestone for the industry and shows that the No. 2 blockchain can finally deliver on upgrade promises, but the truly exciting and groundbreaking stuff is yet to come.”

Several experts echo the sentiment. Yaoqi Jia, founder and CEO of AltLayer, said one should think of The Merge as a computer or phone update that runs while you sleep.

“Going from software XYZ 9.1 to 9.2 is great and demonstrates a developer’s commitment to incremental improvement and feedback, but it’s hardly groundbreaking,” Jia said. “The aggregate of many minor network updates is where we see major and profound changes. This is the same with Ethereum. Don’t expect the crypto world to change on Sept. 15, but be optimistic for the crypto ecosystem of 5-10 years from now.”