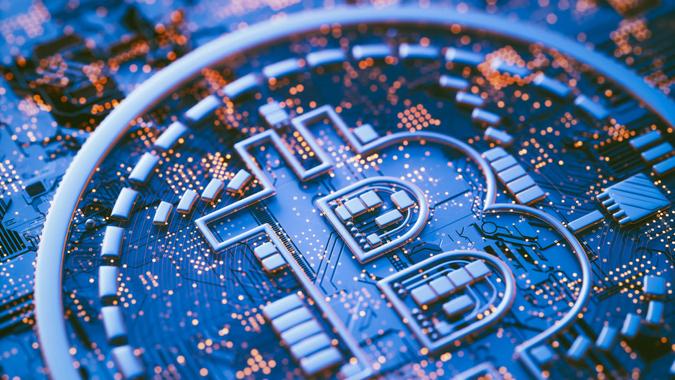 You might not have even heard of Bitcoin until a few years ago — or maybe even more recently than that. Believe it or not, the world’s biggest cryptocurrency is more than a dozen years old. But its roots go all the way back to the time of the analog world when the concept of private, anonymous, computerized money first emerged in the closing decades of the 20th century. Here’s how one of the greatest stories in the history of both technology and money has played out so far.

Read: 10 Best Cryptocurrencies To Invest In for 2021

For most people, Bitcoin just came out of nowhere one day when everyone started talking about it on Twitter. The truth is that Bitcoin stands on the shoulders of visionary cryptographers and computer scientists who were way ahead of their time at the dawn of the era of personal computers.

See: How Does Cryptocurrency Work – and Is It Safe?

Looking back, it’s hard to believe that a whole decade passed after 1997 without someone inventing the equivalent of Bitcoin. Between proof-of-work protocols, the internet, public-key cryptography and blind signatures, the crypto community had everything it needed — plus two decades’ worth of research, experiments and knowledge to build on. Yet somehow, the world waited until 2007 for a mysterious person or people that went by the name Satoshi Nakamoto to bring to fruition the combined efforts of all those who had come before.

Check Out: Bitcoin Cash (BCH): How’s It Differ From Bitcoin and What’s It Worth?

Bitcoin had no quantifiable value in its infancy. Hobbyists and computer scientists like Finney traded it amongst themselves. That all changed on May 22, 2010, when a man named Laszlo Hanyecz got hungry.

In the 2010s, Bitcoin went on one of the wildest rides in the history of investing. With a run defined by giddy highs and bottomless lows, Bitcoin began the decade as a virtual unknown that traded for a few pennies per unit. By the end of the decade, companies like Tesla accepted Bitcoin as payment and it was so valuable that a single one was enough to buy an actual Tesla with plenty of change to spare.

Read: Ethereum (ETH): What It Is, What It’s Worth and Should You Be Investing?

The private, untraceable and anonymous nature of Bitcoin put the cryptocurrency in high demand during the uncertainty and mistrust that defined the pandemic. Thanks to COVID-19, Bitcoin gained rock-star status and a place in the mainstream.

See: Dogecoin (DOGE): What It Is, What It’s Worth and Should You Be Investing?