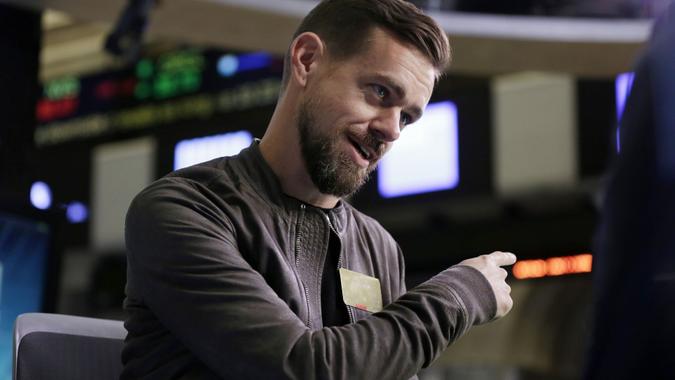 Just a few days after Twitter CEO Jack Dorsey announced he was stepping down, it was revealed that his other public company will undergo a major name change.

Explore: What Is the Next Big Cryptocurrency To Explode in 2021?
Coinbase Fees: Here’s a Full Breakdown of How To Minimize Costs

Square announced on Dec. 1 that it is changing its name to Block to acknowledge the enterprise’s growth. The name will represent the company as a corporate entity, per a statement issued by Block.

Since its start in 2009, the company has added Cash App, TIDAL, and TBD54566975 as ventures beneath its purview, and the name change is aimed at spurring even greater growth. Block is an overarching ecosystem of many businesses united by their purpose of economic empowerment, and serves many people — individuals, artists, fans, developers and sellers, according to the statement.

“We built the Square brand for our Seller business, which is where it belongs,” Dorsey, co-founder and CEO of Block, said in the statement. “Block is a new name, but our purpose of economic empowerment remains the same. No matter how we grow or change, we will continue to build tools to help increase access to the economy.”

The name change is intended to distinguish the corporate entity from its businesses — or building blocks — and there will be no organizational changes. Square, Cash App, TIDAL, and TBD54566975 will continue to maintain their respective brands, the company said.

Peter Cohan, a lecturer at Babson College and author of “Goliath Strikes Back,” told GOBankingRates that this is probably Jack Dorsey’s way of telling the world that he will be shifting Square’s efforts to blockchain technology.

“The question for investors is whether he sacrifices Square’s largest revenue sources to get there or whether he makes the transition more gradually,” Cohan added. “He owes the market a clear explanation of whether the name change is superficial or it represents a fundamental shift in the company’s business strategy.”

In addition, as a result of the name change, Square Crypto — a separate initiative of the company dedicated to advancing Bitcoin — will change its name to Spiral.

The name has many associated meanings for the company — building blocks, neighborhood blocks and their local businesses, communities coming together at block parties full of music, a blockchain, a section of code and obstacles to overcome.

The company’s NYSE ticker symbol, “SQ,” will not change at this time.

Last week, Twitter’s board of directors unanimously appointed CTO Parag Agrawal as CEO and a member of the board, effective immediately, according to a company statement. Dorsey will remain a member of the board until his term expires at the 2022 meeting of stockholders.

Crypto Regulation: Fed Announces Roadmap for 2022 — What It Means for Investors and Developers
Learn: Jack Dorsey Predicts ‘Hyperinflation’ — Is His Warning Merited?