Why Some Money Experts Believe In Bitcoin and Others Don’t 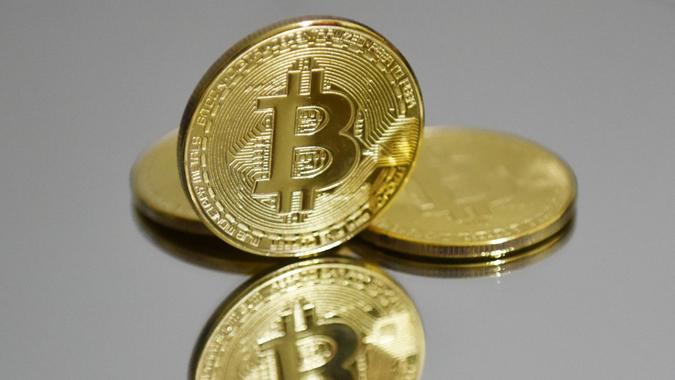 Exciting, mysterious and highly volatile, Bitcoin is hard to ignore after the decade it just had. The cryptocurrency has demolished the stock market, the housing market, precious metals and other common investments since its emergence in 2009. But the 2010s were also a roller coaster of extraordinary highs and lows for Bitcoin, not to mention scandals in the crypto world, frauds, scams and increased heat from regulators. Is Bitcoin a good investment or a dangerous speculative bubble? GOBankingRates asked the experts for both sides of the digital coin.

Mark Cuban: ‘Bitcoin Is Exactly like the Dot Com Bubble’
Find: How To Invest In Cryptocurrency

Pro: It Has Lots of Benefits Over Regular Currency

Privacy is Bitcoin’s biggest advantage over traditional financial transactions. That, along with its loose regulations and exchange-rate perks, makes it a medium of exchange whose popularity shows no sign of waning.

Read: 4 Investing Lessons the Pandemic Has Taught Us

“Bitcoin is definitely a good investment,” said James Page, a cryptocurrency technical writer and executive for Cryptohead. “First of all, bitcoin payments are not only cost-effective, but you don’t lose money on exchange rates, like on a regular currency. Another benefit is that it isn’t regulated by any central authority or bank, which gives all the power to bitcoin users and miners. Investors now are in dire need of privacy given how volatile security is, and Bitcoin being a secured market makes it a top choice for investment.”

Albert Einstein is quoted as saying, “if you can’t explain it to a 6-year-old, you don’t understand it yourself.” Do you know anyone who could explain cryptocurrency to a 6-year-old? The very concept of a currency not backed by a government or financial institution is completely alien to most, as is the technology used to develop it, the way it’s “mined” and the market forces that give it its value. Expect to put in some work in the research and education department if you’re going to be a competent investor.

“It’s essential to understand how Bitcoin works before investing any money,” said Linda Chavez, founder and CEO of Seniors Life Insurance Finder. “Bitcoin is in its infancy and it can take a few months to understand the actual impact Bitcoin can have on the world. Take some time to understand Bitcoin, how it works, how to secure bitcoins and about how Bitcoin differs from fiat money.”

Pro: Bitcoin Has Outperformed and Is Moving Into the Mainstream

After 10 years of results, one thing is certain — it’s hard to argue with Bitcoin’s success.

“Without a doubt, Bitcoin has been the investment of the decade, outperforming the stock market, real estate and precious metals,” said Rob Zel, founder of the crypto exchange bitni.com. “It may even turn out to be the investment of the century. Whether Bitcoin continues to perform depends on continued mainstream adoption–it has to be used in order for it to have value. The recent adoption of Bitcoin by PayPal is a huge step forward, allowing millions of sellers to accept crypto, and this announcement was likely a factor in the recent price rally. If these trends continue, it is likely Bitcoin’s price will continue to rise.”

Con: It Can Be a Volatile, Shadowy Investment

For mainstream investors, cryptocurrency offers neither the stability nor the familiarity of traditional investments like stocks or gold.

“Due to its volatility, lack of regulation across global markets, and the potential to be disrupted, it has its weak points that cannot be ignored,” said Ian Khan, director of the documentary “Blockchain City” on Amazon Prime. “High-risk tolerant investors may, however, find it an interesting asset class to look into.”

Conclusion: The Profit Potential Is Obvious but the Jury Is Still Out. Tread Lightly.

Braden Weinstock is the former COO of Paxful, one of the world’s largest peer-to-peer crypto marketplaces, and a former employee of Bridgewater Associates, the world’s largest hedge fund. He sums it up neatly in describing Bitcoin as an entity in flux with both potential and pitfalls.

“Bitcoin, a cryptocurrency built on blockchain technology, is a new way to operationalize how the financial system works that has proven itself as a viable store of wealth in our digital world,” Weinstock said. “Right now it behaves like a volatile, high-risk investment with a similar profile to alternative asset classes–but it can function like money to facilitate payments that can bring billions of unbanked dollars around the world into the financial system. In that respect, it is cheaper, faster and more secure than other forms of payment. Bitcoin itself is also protected against inflation since the supply is limited. I believe Bitcoin is a good investment that has a place as a minority position–less than 5%–of a broader balanced portfolio strategy to be held for the long term.”