What Are Play-To-Earn Games? Here Are the 10 Best Crypto NFT Games of 2022 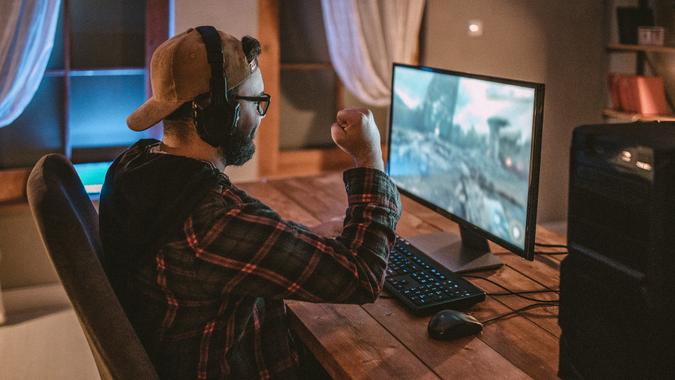 Axie Infinity boasts about 1.48 million daily active users. To show how lucrative this game has gotten, Axie Infinity has been fueling a digital economy based on crypto assets in Southeast Asia, specifically in the Philippines and Vietnam.

To get started with Decentraland, a player needs to have an Ethereum wallet to be able to buy and store the platform’s MANA currency. They can then begin participating on the platform.

The official cryptocurrency of the Alien Worlds game is called Alien Worlds and it trades under the symbol TLM. A player can use the TLM token to trade NFTs with other players or win battles and missions. Players will also need mining tools, land and TLM deposits to get started.

As of June 27, 2022, Zed Run does not have its own crypto coin. Instead, it’s backed by the Ethereum blockchain, meaning all game-related winnings and sales are paid in ether. However, a Zed Run native token is about to be launched. The rollout is coming in stages, beginning with users currently holding Zed Run NFTs. They’ll receive Zed Run tokens via AirDrop, with long-term holders getting top priority.

Play-to-earn games are the future of online gaming. There are myriad options available today for the avid online gamer looking to capitalize on this trend and earn some digital cash.

CryptoBlades is an RPG-style NFT game released on Binance Smart Chain in April 2021. Players start by purchasing SKILL tokens, which are the game’s native currency. They use their SKILL to purchase characters and buy and forge weapons. Winning battles against enemies earns players more SKILL, which they can withdraw, sell on the secondary market or use to purchase more in-game assets.