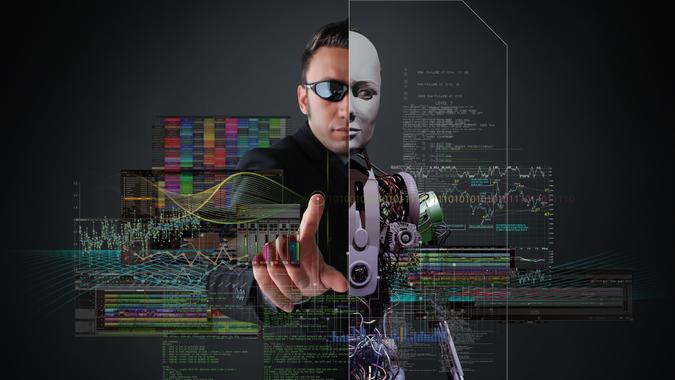 The metaverse is rapidly growing, both in cultural awareness and in financial terms, entering the cultural zeitgeist last week with Facebook’s Meta name change.

Reflecting that trend, Sfermion, an NFT-focused investment firm announced the close of a $100 million venture fund with big-name investors, to accelerate the emergence of the metaverse, an ecosystem that is expanding rapidly.

Sfermion managing partner Andrew Steinwold told GOBankingRates that he believes NFTs were the key missing piece of technology needed for the metaverse — “a virtual environment where people will live, work, and play through their ability to give users true ownership in the digital world” — to come to fruition.

“The reason why I think that is because NFTs give users ownership on the internet, which is not the case with Facebook. With Facebook, you provide value to their platform by liking, commenting, and sharing content — but get nothing in return. In the world of blockchain, NFTs, and the metaverse — your actions and time spent are rewarded,” Steinwold says. “We’re heading towards a more capitalistic system where users get rewarded in return.”

Sfermion says it created this fund based on the notion that NFTs are the trojan horse to crypto mass adoption and the next multi-trillion-dollar industry.

“It goes back to the sense of ownership,” Steinwold says. “There’s a psychological flip happening — people are spending more and more time on screens, and that is contributing to the rising popularity of NFTs and blockchain.

“I used to be a renter on the internet, now I’m an owner and I will spend more time with my investment,” he adds.

Trading in NFTs climbed to $10.7 billion in the third quarter of 2021, an increase of more than 700% from the previous quarter, according to a report by blockchain analytics firm DappRadar. There has also been an explosion in the “play-to-earn” gaming space, with Ethereum-based games such as Axie Infinity growing from 1,400 daily active users in September 2020 to 1.8 million daily active users in September 2021, generating more than $2 billion in revenue, according to a Sfermion release.

“In the past year, NFTs and their utility have absolutely exploded. I think it’s safe to say that their growth will accelerate even more aggressively over the next decade as the metaverse expands. NFTs allow people to own and participate in the cultural moments that matter most to them, like a scene from their favorite movie or a joke they’ve quoted to friends a dozen times. These moments that really speak to the human experience are the ones that people want to share in the metaverse,” he told GOBankingRates.

Steinwold adds that the funds raised will be invested in NFT infrastructure, including marketplaces, data providers and loan providers.

To emphasize the rapid expansion of the metaverse, Steinwold says to take a look at NFT marketplace Opensea.

“Crypto is a pure financial game, it’s to make money. With NFTs, I can be part of a community of people, buy virtual land, attend an event in a virtual world, or buy virtual art,” he says. “It’s more human-centric.”

The sentiment is echoed by several experts who underscore the growth of this ecosystem.

Mark Elenowitz, the CEO of Horizon, the blockchain technology company powering Upstream, an Ethereum-based exchange and trading app for digital assets and NFTs, told GOBankingRates that he’s in agreement with Sfermion’s premise.

“The global movement towards building a functioning metaverse is already happening. The future dynamic of millions of people living and working in an immersive digital world has the potential to be as transformative in the coming decades as the emergence of the internet, ecommerce and social media have been over the past 20-30 years. NFTs will be the vehicles powering that ecosystem,” Elenowitz adds.