Robinhood Fined $70 Million by FINRA in Largest Penalty Ever 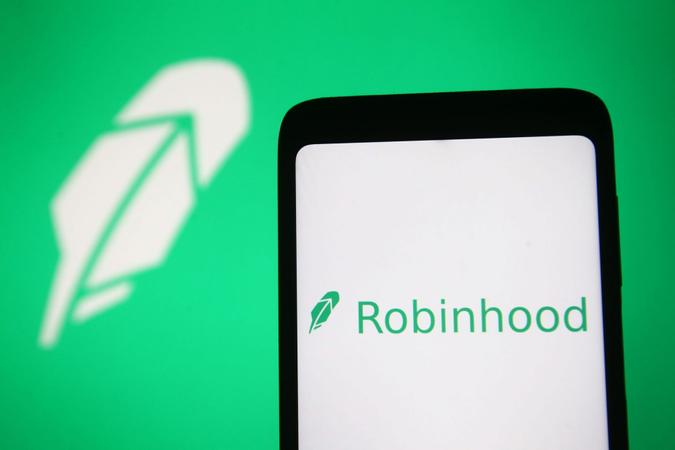 The Financial Industry Regulatory Authority (FINRA) has fined Robinhood $57 million and ordered the firm to pay approximately $12.6 million in restitution, plus interest, to thousands of harmed customers.

The sanctions represent the largest financial penalty ever ordered by FINRA and reflect the scope and seriousness of the violations, the regulator said in a statement.

In response to the fines, Jacqueline Ortiz Ramsay, Robinhood’s head of public policy communications, said in an email statement to GOBankingRates that “Robinhood has invested heavily in improving platform stability, enhancing our educational resources and building out our customer support and legal and compliance teams. We are glad to put this matter behind us and look forward to continuing to focus on our customers and democratizing finance for all.”

Jessica Hopper, executive vice president and head of FINRA’s Department of Enforcement, offered her take, saying that this action sends a clear message: “All FINRA member firms, regardless of their size or business model, must comply with the rules that govern the brokerage industry, rules which are designed to protect investors and the integrity of our markets. Compliance with these rules is not optional and cannot be sacrificed for the sake of innovation or a willingness to ‘break things’ and fix them later.”

“The fine imposed in this matter, the highest ever levied by FINRA, reflects the scope and seriousness of Robinhood’s violations, including FINRA’s finding that Robinhood communicated false and misleading information to millions of its customers,” she stated.

FINRA further says that it found in its investigation that, “despite Robinhood’s self-described mission to ‘de-mystify finance for all,’ during certain periods since September 2016, the firm has negligently communicated false and misleading information to its customers. The false and misleading information concerned a variety of critical issues, including whether customers could place trades on margin, how much cash was in customers’ accounts, how much buying power or ‘negative buying power’ customers had, the risk of loss customers faced in certain options transactions, and whether customers faced margin calls.”

FINRA adds that, for instance, one Robinhood customer who had turned margin “off,” tragically took his own life in June 2020. In a note found after his death, he expressed confusion as to how he could have used margin to purchase securities because he believed he had not “turned on” margin in his account, according to the document.

“As noted in the settlement, Robinhood also displayed to this individual (and certain other customers) inaccurate negative cash balances. Additionally, due to Robinhood’s misstatements, thousands of other customers suffered more than $7 million in total losses. As part of this settlement, Robinhood is required to pay more than $7 million in restitution to these customers,” it continued.

Second, FINRA found in its investigation that since Robinhood began offering options trading to customers in December 2017, the firm has failed to exercise due diligence before approving customers to place options trades.

Finally, it was found that, from January 2018 to February 2021, Robinhood failed to reasonably supervise the technology that is relied upon to provide core broker-dealer services, such as accepting and executing customer orders.

See: Skip the Check — Send Crypto for Your Grandkid’s Next Birthday
Find: Is the Shiba Inu Coin the Cryptocurrency You Should Be Watching?

“Between 2018 and late 2020, Robinhood experienced a series of outages and critical systems failures. The most serious outage occurred on March 2 and 3, 2020, when Robinhood’s website and mobile applications shut down, preventing Robinhood’s customers from accessing their accounts during a time of historic market volatility. Although the firm had a business continuity plan at the time of the March 2-3 outage, it did not apply it because the plan was unreasonably limited to events that impacted the firm’s physical location. Robinhood’s inability to accept or execute customer orders during these outages resulted in individual customers losing tens of thousands of dollars and FINRA is requiring that the firm pay more than $5 million in restitution to affected customers,” outlines the pronouncement.

“In settling this matter, Robinhood neither admitted nor denied the charges, but consented to the entry of FINRA’s findings,” it explained.

Robinhood has been in the news constantly in the past few months, following a slew of lawsuits and crashes of its platform. It also has submitted a registration for an IPO with the SEC in March.