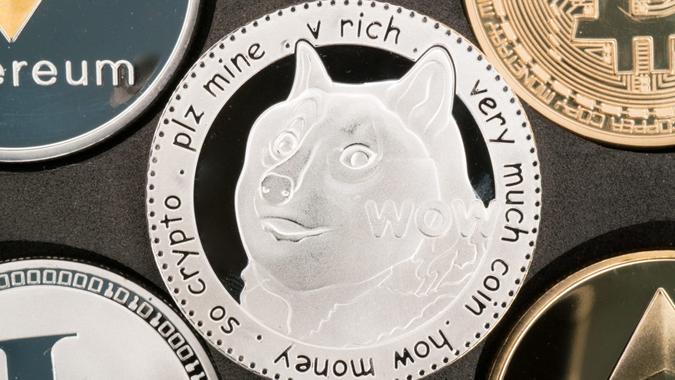 Robinhood once again had trading issues on its platform, following the recent spike in Dogecoin’s rally.

See: Webull vs. Robinhood — Which Is Best for You in 2021?
Find: Robinhood Files for IPO

The company explained itself in a blog post on its website, saying that its customers are at the forefront of a generational change in the financial markets “that’s playing out again this week in cryptocurrency.”

“Interest in Dogecoin has exploded over the past two days. Its price has skyrocketed nearly 7-fold and Dogecoin remains a top trending topic on Twitter,” the company wrote, adding that as one of the few platforms where customers can purchase Dogecoin, the platform is right at the center of this surge.

As Robinhood processed orders, one of its systems failed, which brought down its crypto order system, according to the blog post. The system was recovered in about an hour, meaning customers could trade with some intermittent issues. “We were back to normal within two hours. ”

And on Friday morning, Dogecoin rose to nearly 50 cents. “For Robinhood this led to sporadic crypto order failures and delayed notifications for some customers. Our top priority is to provide great service to our customers. These interruptions aren’t acceptable to us. We believe we’re the most intuitive crypto platform for Dogecoin traders and we’re proud to be a top choice for this community.”

The company added that its teams were working “around the clock.”

Dogecoin was created as a joke — its name is a reference to a popular internet meme, according to Coinbase. “It shares many features with Litecoin. However, unlike Litecoin, there is no hard cap on the number of dogecoins that can be produced.”

Doge has been gaining traction lately, most notably thanks to Tesla CEO Elon Musk, who tweeted about it in February, sending the cryptocurrency to spike 46% that day.

And last month, entrepreneur and Dallas Mavericks owner Mark Cuban said the basketball team would accept Dogecoin for tickets and merchandise, “because we can.”

“The Mavericks have decided to accept Dogecoin as payment for Mavs tickets and merchandise for one very important, earth shattering reason, because we can! Because we can, we have chosen to do so,” Cuban said in a statement on the Mavs website.