As Russia Invades Ukraine, is Bitcoin Still a Safe Haven Compared to Gold? 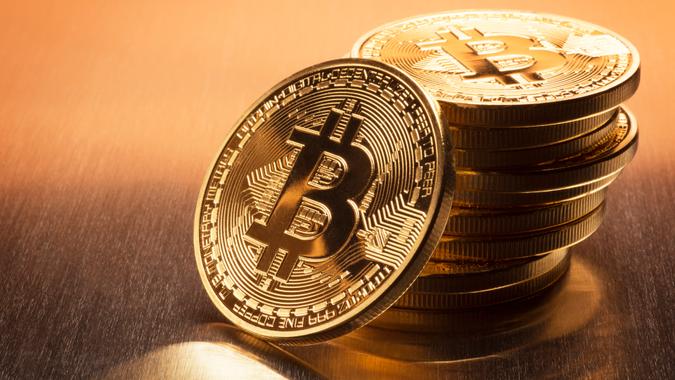 Bitcoin — as well as other cryptos — have taken a further hit since Russia began its invasion of Ukraine. This event has re-ignited the debate, for some, that the crypto is not as good of a hedge as it’s purported to be (and not as uncorrelated to markets as Bitcoin bulls say).

See: Bitcoin Payroll: The Future of Hiring? Crypto Benefits Plan Could Attract Workers and Improve Employee Retention
Find: Spot Bitcoin ETFs on the Horizon? Grayscale Asks Investors to Speak Out in Support Ahead of SEC Ruling

Bitcoin slumped to a one-month low and Ether declined 12% on Feb. 24, the day the invasion began, Bloomberg reported.

But in the current geopolitical situation, some experts see the debate as more nuanced, saying that part of why Bitcoin is selling off relatively hard — and thus appearing as a volatile, risk-off tech asset —  is a result of relatively new Bitcoin buyers.

“That is, the bigger institutions that have entered the space over the last two years. They are probably selling it off like they would tech stocks. They’re not as committed to Bitcoin or as focused on the long-term value proposition as the old-school HODLERs are – at least not yet,” Justin Newton, CEO of Netki, told GOBankingRates.

According to Newton, the market right now is responding to the momentum of traders, rather than the research and analysis of investors.

“Moreover, gold has a long, long history that still makes it a useful hedge during such times of uncertainty, and many traditional investors are flocking to it like they would have in the past,” he said.

Discover: Can Gold and Bitcoin Coexist in a High-Inflation Environment? Why You Should Hold Both Investments

Juan Carlos Artigas, global head of research at World Gold Council, told GOBankingRates that gold is well-established as a hedge during periods of systemic risk. Gold trades in a deep and highly liquid market, with collective volumes surpassing $120 billion a day on average and tight bid-ask spreads, per Artigas.

“All these, combined with the fact that bullion carries no credit risk, makes gold a sought-after safe haven asset,” he said. “For example, gold significantly outperformed against the U.S. dollar as well as U.S., European, and U.K. sovereign bonds over the past week — assets also commonly used as safe havens. In contrast, Bitcoin has significantly underperformed since tensions in Ukraine started to escalate. In fact, during the course of Thursday, Bitcoin performed virtually in tandem to the Nasdaq, reflecting a behavior more akin to high-risk tech stocks than a store of wealth.”

Some experts say, however, that investors need to see the larger picture when it comes to Bitcoin — and rather look at its soaring adoption rate to get a more accurate sense of where the crypto is going.

Netki’s Newton points that more people are using crypto for a variety of endeavors, and so, too, are companies and countries.

“The superiority of Bitcoin over gold is clear to almost all who are familiar with crypto. We all know what happens to fiat currencies over time, especially in an inflationary environment like ours — in the long term, they get debased. And so, again, we should zoom out here and think about how powerful this digital network is and why all the fundamentals are showing positive future growth,” he said.

“I should also note that the selloff for Bitcoin has not been as pronounced as many would have expected. It’s still well over $30,000 — which is up about $26,000 from its March 2020 lows. That, in itself, is impressive and perhaps a sign of its strength.”

This sentiment is echoed by several other analysts, such as Mikkel Mørch, executive director at digital asset fund ARK36, who told GOBankingRates that Bitcoin quickly recovered following Feb. 24’s drop.

“This could be of great significance in terms of the talk around Bitcoin as a safe haven asset. Following yesterday’s sell-off, many commentators noted that gold actually proved to be a safe haven while Bitcoin reacted like a typical risk asset,” Mørch said. “However, Bitcoin’s strong recovery does suggest that for investors with a higher tolerance for risk, or looking for a high risk-to-reward ratio, buying Bitcoin in a risk-off environment may be a good bet against uncertainty in the long term.”

Learn: Bitcoin and Crypto Taxes in 2022: What You Need To Know
Explore: These Countries May Be Next To Accept Bitcoin as Legal Tender

He added however, that on the other hand, the situation is still volatile and the “$40K levels are still the resistance.”

“Unless Bitcoin meaningfully breaks this barrier, revisiting the range lows or even the $30K support is still very much on the table in the short term,” he said.