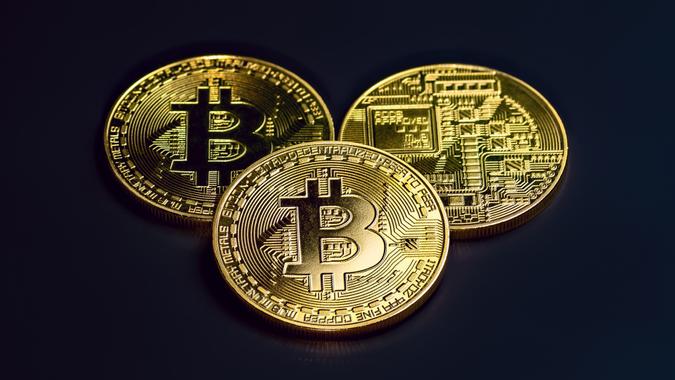 Bitcoin whitepaper, “A Peer-to-Peer Electronic Cash System”– the 8-page long document laying out the principles of the crypto — turned 13 on Oct. 31.  While many things have changed regarding Bitcoin “a purely peer-to-peer version of electronic cash would allow online payments to be sent directly from one party to another without going through a financial institution,” and cryptos in general, the mystery and fascination remain as who is (are?) Satoshi Nakamoto and where his (hers? their?) fortune now stands.

“Commerce on the internet has come to rely almost exclusively on financial institutions serving as trusted third parties to process electronic payments. While the system works well enough for most transactions, it still suffers from the inherent weaknesses of the trust-based model,” the whitepaper argues.

“What is needed is an electronic payment system based on cryptographic proof instead of trust, allowing any two willing parties to transact directly with each other without the need for a trusted third party.”

Bitcoin went from a market cap of $0 to a market cap of $1.2 trillion in just 13 years. The cryptocurrency is also starting to become somewhat mainstream, as global financial institutions are increasingly adopting it. Just last month, two Bitcoin-linked exchange-traded funds debuted on the stock market, triggering an investor frenzy. And earlier this year, El Salvador adopted it as legal tender. Governing bodies around the world are trying to regulate it.

“Satoshi’s vision was to make Bitcoin the people’s electronic cash. Something that wouldn’t need governmental approval or banks interference,” Rohas Nagpal, Chief Blockchain Architect at Wrapped Asset Project (WRAP), tells GoBankingRates. “And something that could be used as a global medium of exchange. But Bitcoin is fast becoming another financial asset for the banks to play with. ETFs, derivatives, extreme volatility and whales trying to convert it into a store of value.”

Rumors have been flying for years not only as to who Satoshi is (man/woman/group of people) but as to where his/her/their fortune stands, with several reports depicting Satoshi as one of the richest people on the planet.

Several sites track dormant wallets, for example, to see if there’s any activity linked to wallets created around the time of the Bitcoin whitepaper. Whale Alert, which says it “analyzes, and report interesting blockchain transactions and for Bitcoin there is no subject more interesting and mysterious than the founder known by the alias Satoshi Nakamoto,” estimates that the number of blocks mined and bitcoins owned by Satoshi are 1,125,150 bitcoin mined up to block 54,316. Other rumors peg his Bitcoin stash at between 750,000 and 1 million. At today’s price, Satoshi’s fortune would then stand at approximately between $46 to $72 billion.

Ron Levy, CEO and co-founder of The Crypto Company, sees it a different way — while it has a true fortune for Satoshi Nakamoto, it is, however, the creation of fortunes for the masses that is the true story, he tells GOBankingRates.

“These pages have unleashed limitless opportunities available to everyone around the globe,” he says. He also queried:

“How soon could Satoshi become the world’s richest person? As soon as Bitcoin gets to about $275,000.00 per BTC, or about four times its current value.”

“The fact that none of those coins have ever been accessed or spent leads me to believe that Satoshi would measure his fortune by something else. That is the freedom unleashed around the world. Freedom that isn’t restricted by borders or classes of people. Looking at the big picture, one could say Bitcoin enabled Blockchain instead of the other way around,” Levy says.

And last week, The Independent reported that “a bitcoin wallet that has been dormant since the time that the cryptocurrency’s anonymous creator was still active online has suddenly activated.”

“The wallet was last used on 17 May, 2010, less than one year before the pseudonymous Satoshi Nakamoto sent their final emails to fellow crypto developers. The 50 bitcoins contained within the wallet were worth less than $4 when they were last used 11 years ago. Bitcoin’s astonishing price gains since then mean the funds are now worth more than $3 million at today’s price,” according to The Independent.

And in September, a Bitcoin wallet, which had an initial value of $8,000, has been activated after 9 years of inactivity, with a value of almost $30 million at the time of the re-activation, as GOBankingRates previously reported.

According to Whale Alert, the wallet held 616 Bitcoins. Once again, the reactivation gave rise to online speculation, as the digital wallet “dates back to around the time that Bitcoin’s pseudonymous creator Satoshi Nakamoto was last active online,” The Independent reported at the time. According to BitInfoCharts — which lists the most valuable dormant Bitcoin wallets — the largest one has 80,000 Bitcoins, which at today’s price represents more than $3 billion.

Charles-Henry Monchau, Chief Investment Officer at Syz Group, tells GOBankingRates that it’s important to note that Bitcoin has grown by more than 2,066,670,000% since 2010 with the first-ever recorded trading price being $0.003 on the now-defunct exchange Bitcoinmarket.

“The identity of Satoshi Nakamoto remains one of the most enduring mysteries in the crypto industry. To this day, no one knows the true identity of the pseudonym that created Bitcoin because he faded away from the scene in 2010,” he says. “Some people even believe ‘he’ might be dead. Regardless of who created the protocol, reports claim that he owns more than a million BTC.”

See: Bitcoin at Walmart: You Can Now Buy the Crypto at Select Coinstar Kiosks Nationwide
Find: Bitcoin Is $1 Trillion Asset Yet Again — Is Now the Time To Invest?

Monchau also notes that as time passes (and as #bitcoin keeps rising in value), the eight-page document written by Satoshi is becoming more and more famous.

“It is remarkable to see how few words it took to convey the powerful idea of “peer-to-peer electronic cash” to the world. For anyone who wants to understand more about how blockchain and Bitcoin can be used to get rid of intermediaries and avoid the problem of double-spending, this white paper remains a MUST read.”