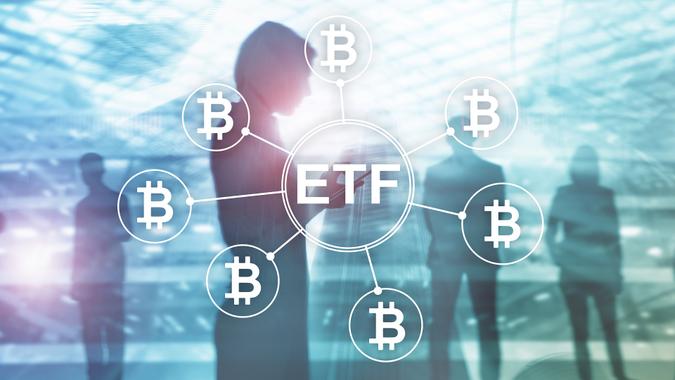 The Securities and Exchange Commission once again pushed its decision on several Bitcoin exchange-traded funds, moving its ruling to November and December.

Some observers don’t find the SEC’s decision to delay their approval surprising. David Grasso, BOLD TV CEO, told GOBankingRates, “the government is acting cautiously because the cryptocurrency space is far from mature. We still see a lot of negative news on cryptocurrency in the headlines, and naturally, some regulators may still be skeptical about the future of Bitcoin.”

Underlying the increasing interest in crypto ETFs and signaling investor hopefulness that a digital asset ETF will be approved by regulators, the Fidelity Digital Assets 2021 Institutional Investor Digital Assets Study found that 30% of U.S. respondents said they would prefer to buy an investment product, compared to 18% in the previous year, according to the survey.

See: What Are Altcoins — and Are the Potential Rewards Worth the Risks?
Find: Why Are ETFs So Popular?

While several companies have filed crypto ETFs with the SEC, the Commission has either rejected or delayed its decisions on many of them. VanEck, for example, registered its ETF in March, and the SEC usually takes 45 days to approve or disapprove a filing. The Commission has issued several notices to extend the review period. Just last month, the SEC said it intends to take an additional 60 days to review the proposed rule change and “accordingly, designates November 14, 2021, as the date by which the Commission shall either approve or disapprove the proposed rule change.”

Fidelity also filed a Bitcoin ETF in April, the Wise Origin Bitcoin Trust ETF, which will track Bitcoin performance as measured by the performance of the Fidelity Bitcoin Index PR, according to the SEC filing.