Solar-Powered Bitcoin? Tesla, Block and Blockstream Join Forces To Mine Crypto in Texas 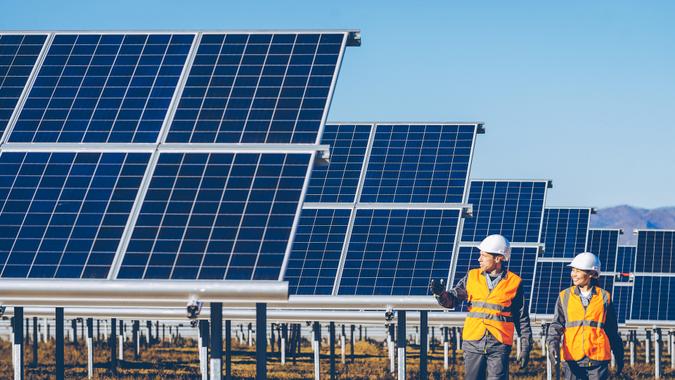 Blockstream said that construction has begun, and that together, “we plan to provide public transparency by sharing the project economics and knowledge we’ve gained from building a Bitcoin mine powered by renewable energy.”

The company added, “Ultimately, we hope to demonstrate how bitcoin mining in conjunction with renewable energy can help drive the clean energy transition.”

Blockstream is providing the mining infrastructure and expertise to build and oversee the project, with the goal of the Bitcoin mining facility to be completed later this year, it said in an announcement. In June, Block (then Square) had already announced it would invest $5 million in Blockstream, as GOBankingRates previously reported.

The company said it would provide regular reports on the economics of the project, and a publicly accessible dashboard will display accurate real-time metrics of the facility’s performance, such as power output and bitcoin mined for analysts and enthusiasts to monitor. “A later version of the dashboard will also include solar, storage performance data points, and uptime metrics,” it added.

The dashboard aims to be available 24/7 from any browser, providing the industry with a real-world, real-time case study of a zero-emission energy Bitcoin mine.

Explore: 6 Alternative Investments To Consider for 2022

Blockstream said a key goal is to strengthen the bitcoin network by diversifying the cryptocurrency’s energy sources, according to CNBC.