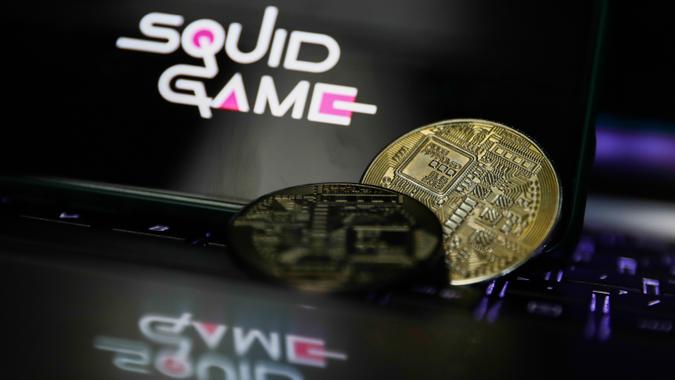 The Squid Game crypto SQUID has completely crashed as it was revealed it was an apparent scam, following a 33,600% surge last week, which had raised several red flags and had triggered a warning from CoinMarketCap.

“We have received multiple reports that the website and socials are no longer functional & users are not able to sell this token in Pancakeswap. There is growing evidence that this project has rugged. Please do your own due diligence and exercise extreme caution. This project, while clearly inspired by the Netflix show of the same name, is NOT affiliated with the official IP.”

This kind of theft, commonly called a “rug pull” by crypto investors, happens when the creators of the crypto quickly cash out their coins for real money, draining the liquidity pool from the exchange, Gizmodo explains. Its creators cashed out, effectively stealing an estimated $2.1 million from investors, CNN reports.

“Even by crypto standards, the returns seemed unbelievable, surging 7,500% in a matter of hours. As in any investment , if it sounds too good to be true, it probably is,” Reyes says.

“Squid Game,” the Korean blockbuster Netflix series, where “hundreds of cash-strapped players accept a strange invitation to compete in children’s games,” had inspired the crypto, and shortly replicated the same cult following. The Squid Game crypto, SQUID was worth one cent last Tuesday — but in the space of three days, it has surged 33,600% to hit $3.37, according to CoinMarketCap.

The Squid team said they are “depressed” and “overwhelmed with stress,” in a Telegram post.

“Someone is trying to hack our project these days. Not only the Twitter account @GoGoSquidGame but also our smart contract. We are trying to protect it but the price is still abnormal. Squid Game Dev does not want to continue running the project as we are depressed from the scammers and is overwhelmed with stress. We have to remove all the restrictions and the transaction rules of Squid Game. Squid Game will enter a new stage of community autonomy. Sorry again for any inconvenience been made for you. If any strange starts coming out of it, ignore it. Thanks!” according to the post.

Edan Yago, lead contributor to the Bitcoin DeFi protocol Sovryn, tell GOBankingRates that “Squid Game, the token, was true to the game presented in the Netflix show: Greed made victims of the participants, who all got financially slaughtered.”

“Many will see this as proof that governments should try to regulate the space. However, no government can regulate borderless activity. Crypto is self-regulating, and participants should seek out those platforms that provide the best self-regulation,” Yago says.

Before investing in any new crypto — especially those that are extremely hyped — experts recommend extreme caution and thorough research.

Ruud Feltkamp, CEO of cloud-based automated crypto trading bot Cryptohopper, tells GOBankingRates that the Squid scam is “characteristic of the current hype in which crypto is located that people no longer think and seize their opportunities with a lot of risks.”

“Scammers take advantage of that,” Feltkamp says. “The logic is not entirely crazy. If a meme token could be worth billions, why not this? At the end of this cycle, which is expected in early January, most of the tokens will plummet in value, and only a small amount of projects will remain. These will then have to prove their worth. So keep paying attention to what you invest in and DYOR (Do Your Own Research).”